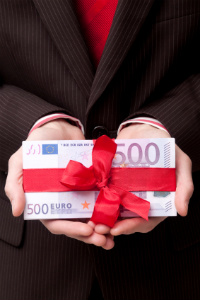 The High Court has upheld a claim by 104 investment bankers for unpaid bonuses totalling EUR 52 million (Attrill and others v Dresdner Kleinwort and Commerzbank). The claim was based on verbal promises as to the size of a bonus pool which were found to have contractual effect.

The judgment, though lengthy, is at heart a straightforward breach of contract claim. It is very fact-specific, and care should be taken not to read too much into its broader implications.

Nevertheless, it serves as a salutary warning to staff involved in the annual compensation process in banks and other financial services institutions - from the CEO and the board down - of the need to exercise caution in the nature and content of communications about bonus pools and individual awards. Failure to do so may mean that binding commitments, later regretted, come into effect.

Facts of the Case

In 2008, the investment bank Dresdner Kleinwort was the subject of speculation as to its future, including a dramatic scaling down of operations, winding down, or a sale. Unsurprisingly, this created widespread uncertainty and many staff left. The Financial Services Authority placed the bank on its "watchlist" and required it to take action to address the risk of the loss of key staff.

In August 2008, and in response to these developments, the bank's board approved the creation of a guaranteed minimum EUR 400 million bonus pool, the purpose of which was to ensure stability. This was communicated to staff by the then CEO, Dr Stefan Jentzsch, by way of a so-called "town hall" meeting, broadcast on the intranet and available to all staff. The pool was to be awarded on a discretionary basis according to individual performance.

In December 2008, the bank issued bonus letters to individual employees notifying them of their provisional discretionary bonus awards of a specific sum, but stating that these were subject to a "material adverse change" ("MAC") clause. The letters stated that this clause would be applied if "additional material deviations in the bank's revenues and earnings against forecast for November and December 2008 are identified during the preparation of annual financial statements for 2008".

In January 2009, the sale of Dresdner Kleinwort to Commerzbank was completed. The new CEO informed staff that the MAC clause was being invoked and that the provisional bonuses communicated in December would be reduced by 90%.

The employment contracts and staff handbooks applicable to the impacted staff included what might be considered "standard language" in the banking world - to the effect that, while they were eligible to be considered for a bonus, the payment of any such award was at the company's absolute discretion. As the Court noted, it is long settled law that employees who have a contractual right to be considered for a bonus payment also have a right to a bona fide and rational exercise of their employer's discretion in deciding whether and how much to pay (Clark v Nomura [2000] IRLR 766, Horkulak v Cantor Fitzgerald [2004] IRLR 942). The promises made by the CEO at the town hall meeting were therefore capable of having contractual effect and the only question was whether they did so.

The Court made a finding that Dr Jentzsch had clearly promised a guaranteed bonus pool of a particular size and not (as the bank alleged) merely a promise that a pool from which bonuses would be paid would be made available by Allianz (the bank's parent company). The promise was that the guaranteed pool would be allocated to individuals on a discretionary basis in the usual way - i.e. depending on individual performance - but that the pool itself would remain no matter what and regardless of any ownership change.

The promise as to the size of the pool was sufficiently certain to be contractually binding. The fact that it did not give rise to an expectation on the part of any individual of receiving a particular share of the pool did not prevent it from operating as a constraint on the bank's discretion in awarding bonuses - the constraint being that the total pool would not be less than EUR 400 million.

It was then an objective question as to whether the parties intended to create legal obligations. On the facts, there was a clear and unequivocal promise, the purpose of which was to stabilise the workforce and retain staff at a time of uncertainty. If the promise was not intended to have legal effect, the Court found it hard to see how it could be effective.

The Court held that there is no reason in principle why an announcement addressed to an entire workforce should not give rise to contractual obligations, provided it is couched in sufficiently certain terms. While the bank's argument that the failure to put the promise in writing showed that it was not intended to be legally binding "carried force", the board had approved the "town hall" mechanism as its means of formally conveying its intention to establish a minimum bonus pool. This was the usual means of communicating with staff and around 50% of them attended the town hall, with all others finding out shortly thereafter what had been said.

Perhaps somewhat surprisingly, while the Court recognised that, had the announcement failed to stem the departures, a very small number of employees could have been left with the right to enforce a EUR 400 million bonus pool among themselves, it held that this was a "calculated risk" the bank had chosen to take.

Each individual contract was accordingly found to have been varied to the effect that the 2008 bonuses were to be determined by reference to a minimum EUR 400 million bonus pool. The employees' "acceptance" of the "offer" made by the bank was not, on the facts, required because the bank had not stated that it was. Their position was analogous to that of employees to whom a salary increase had been communicated. The higher salary became a contractual right notwithstanding the absence of formal acceptance by the employees. To the extent that consideration was needed, it existed in the form of a promise from the bank from which it intended to derive particular benefits, namely to retain and incentivise staff.

With respect to the MAC clause, the Court found that its introduction was driven by Commerzbank for reasons unrelated to the performance of the investment bank - namely, the public perception of paying generous bonus awards following a large German government bailout. Its introduction was a breach of the implied term of trust and confidence, as it was simply a means of enabling the bank to renege on its promise.

Even if the bank had been entitled to rely on the MAC clause, the Court found that there was a failure to comply with its terms anyway, such as to invalidate the purported reductions in bonus awards. The bank did not conduct the assessment as to whether there had been additional material deviations in its revenues and earnings in the way required by the clause.

It was highly significant that the evidence clearly showed that it had been the bank's intention to create a binding commitment with respect to the size of the bonus pool. The evidence of Dr Jentszch was particularly important here. He was described by the Court as evidently regarding himself as independent of the parties, and seeing it as an inquisitorial rather than an adversarial process. He had made written statements to the effect that he thought it would be incomprehensible and irresponsible to go back on the commitments made.

This evidence, against the comparatively unusual backdrop of takeover talk and the need to find an urgent means of stemming staff departures, means that it would be sensible not to be too alarmist as to the broader implications of this decision. Nevertheless, it does highlight the importance of being extremely careful about what managers and HR communicate to employees, verbally as well as in writing, about matters such as the overall size of bonus pools and individual bonus awards.

It can be all too tempting, particularly when faced with concerns about possible employee departures, to "over-promise" about compensation. The maxim "If in doubt, say nothing" has much to recommend it. Or, if employers do have to say something, they should ensure it is hedged with caveats that allow as much future room for manoeuvre as possible - and this should be done at the time of making commitments rather than later.