The NLRB’s unfair labor practices charge against ambulance service provider AMR was a shot across the bow for employers. The complaint was the Board’s response to AMR’s discharge of an 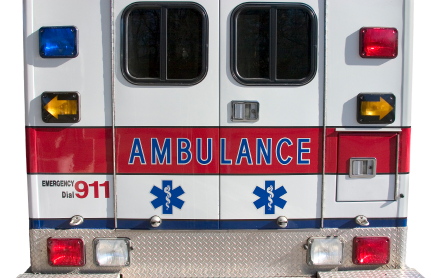 employee who called her supervisor a mental patient in a “friends-only” Facebook post in violation of AMR’s social media policy. However, the Region that brought the complaint also contended that any social networking policy that prohibited disparagement was per se unlawful unless it carved out rights under the National Labor Relations Act (NLRA). That element of the case raised broad concerns for employers throughout the U.S.

The Board’s General Counsel took the unusual step of announcing the complaint’s filing in a press release, setting off a buzz in employment, labor, and privacy law circles about the permissible scope of social media policies. The issue has become a hot one as employers seek to reduce the risk that employees’ off-duty social media activity will damage their organization’s reputation or expose the organization to liability. At the same time, the Obama Board appears to be seeking to expand employees’ leeway to use social media for protected labor activity and to require that employers not use broad policies to undercut concerted activity (in a union or non-union environment) protected by the NLRA.

Under the terms of the settlement, . . . the company agreed to revise its overly-broad rules to ensure that they do not improperly restrict employees from discussing their wages, hours and working conditions with co-workers and others while not at work, and that they would not discipline or discharge employees for engaging in such discussions.”

Importantly, there was no express finding by any administrative law judge or other court that AMR’s policy was “overly-broad,” nor does the NLRB’s press release identify the specific policy language that the Board considered to fit this characterization. However, the press release may be referring to the social media policy language cited in the original NLRB complaint: “Employees are prohibited from making disparaging, discriminatory or defamatory comments when discussing the Company or the employee's superiors, co-workers and/or competitors.”

In light of the NLRB’s pronouncement, employers whose social media policy contains similar language should analyze carefully whether to carve out NLRA rights under that policy through the use of a disclaimer. Before taking disciplinary action based on the policy, employers should also consider whether an employee’s specific social media activity constitutes protected, concerted activity under the NLRA. At the same time, employers should keep in mind that a range of conduct in violation of this type of policy should not be protected by the Act. In addition, the AMR settlement has no precedential value. However, the AMR case appears to signal the current NLRB’s intention to bring claims seeking to protect employees’ social networking activity even if such activity pushes the boundaries of respect and non-disparagement in the workplace.