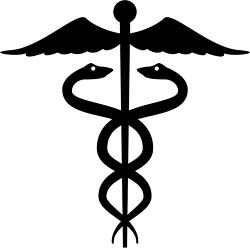 On April 14, the Oregon Supreme Court ruled that Oregon’s disability discrimination law did not require an employer to accommodate an employee who admitted the use of medical marijuana and sought accommodation based upon it. The court rejected the argument of Oregon’s Bureau of Labor and Industries (BOLI) that an otherwise disabled employee who was compliant with Oregon’s Medical Marijuana Act, Oregon Revised Statutes section 475.300 et seq. (OMMA), was entitled to reasonable accommodation.

Eleven years before Emerald Steel Fabricators hired him, Anthony Scevers began suffering from anxiety, panic attacks, nausea, vomiting, and severe stomach cramps that substantially limited his ability to eat. In 1996, after other medical treatments failed to relieve his symptoms, he turned to medical marijuana. In 2002, he sought and received approval to be on the Oregon OMMA registry, which, subject to some restrictions, entitled him to “engage in ... the medical use of marijuana.”

Emerald Fabricators appealed. On a vote of 5-2, the Oregon Supreme Court reversed. The employer again argued that it was not obligated to engage in the interactive process if Scevers was engaged in the current use of illegal drugs. The court agreed. It went on to conclude that although Scevers was not engaged in the current use of illegal drugs under Oregon law, his use was illegal under the definition contained in federal law. Based upon the Supremacy Clause of the U.S. Constitution, the court said, the federal prohibition on any use of marijuana trumped Oregon’s law permitting it.

The court left open for another day two issues. One was whether federal law prohibited Oregon from immunizing criminal defendants from being prosecuted for possession, manufacture or distribution of marijuana under state law. The other was what level of proof was sufficient to show that a physician monitored or oversaw Scevers’ medical use of marijuana.

The analysis upon which the court relied and the result it reached in Emerald Steel are similar to rulings in other states with medical marijuana laws, including California, Montana, and Washington. Other state courts that address the issue are likely to follow suit.

Interestingly, two justices dissented in the Emerald Steel case. They argued that federal law did not require invalidation of the OMMA because the OMMA did not affect the enforcement of federal law and that under the U.S. Constitution, Oregon was free to adopt a different policy toward marijuana than Congress did. Although their views did not carry the day in the case, they may foreshadow some of the arguments that BOLI may make, should it decide to appeal the decision to the U.S. Supreme Court.

• Employers should review their policies to ensure they can—to the extent permitted by applicable federal, state and local law—discover, investigate, and respond appropriately to the illegal use of drugs by employees.
• Employers should not simply assume that every employee who asks for an accommodation involving the use of medical marijuana is currently using it. For example, an employee may be investigating treatment options without having used marijuana.
• Even when employees seek accommodations involving the use of medical marijuana, employers should engage in the interactive process in the same way they would do so with other employees seeking accommodation. Such employees may be qualified employees, and there may still be a duty to accommodate them with legal alternatives.
• Employers should carefully train managers to understand what the law is, what rules apply to their workplaces, and what the consequences are of violating them. There is much disinformation about medical marijuana, but the proliferation of state medical marijuana laws attests to the wide support for the limited use of marijuana for medical purposes. Some managers and other employees may know someone whom they believe has benefited from the use of medical marijuana. As a result, they may take actions or fail to take actions, that may undermine employer’s policies and expose those employers to civil or even criminal liability.
• If an employer that wants to make an accommodation based on an employee’s use of medical marijuana—even though it has no legal obligation to do so—the decision may affect how it conducts its drug testing program and how it provides accommodations to similarly-situated employees. Accommodating the employee may expose the employer to civil liability for, e.g., negligent hiring, supervision, or retention; violations of workplace safety rules; and violations of agreements with third parties to provide a drug-free workplace. That decision also may pose a risk to the organization or its managers of criminal liability. Accordingly, such an employer should first discuss with its legal counsel the serious ramifications of making such an accommodation.

This entry was written by Christopher Leh.