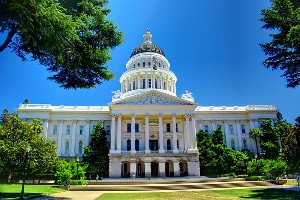 The favorable outcome for some employers in Arechiga v. Dolores Press, 192 Cal. App. 4th 567 (2011), which we previously discussed, has been undone by the California Legislature. In Arechiga, a California Court of Appeal ruled that a non-exempt employee’s salary could provide compensation for more than 40 hours of work in a week. This result, however fortuitous for employers, was difficult to reconcile with section 515(d) of the California Labor Code, which stated in fairly specific terms that the hourly rate of a salary-paid, non-exempt employee was the salary divided by 40. Whatever latitude there may have been for the conclusion reached by the court in Arechiga under the statute has been banished by Governor Brown’s signing Assembly Bill  2103 into law on September 30, 2012. That bill adds section 515(d)(2) and slightly revises section 515(d)(1) of the Labor Code with the stated intent to overrule Arechiga. Section 515(d)(2) now states that “Payment of a fixed salary to a nonexempt employee shall be deemed to provide compensation only for the employee’s regular, non-overtime hours, notwithstanding any private agreement to the employer.” For the typical non-exempt employee, section 515(d)(2) will mean that any salary will not extend beyond providing compensation for five, eight-hour days per week. The amendments to the Labor Code will take effect January 1, 2013.