Modified Excel Spreadsheet Is Not a Trade Secret Under Arizona Law 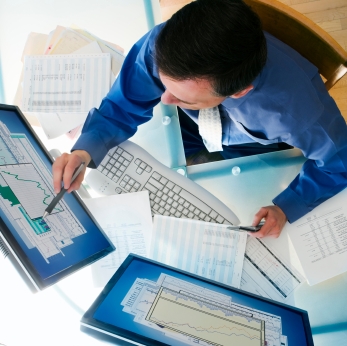 When an inventive employee develops a business tool or system, does that resource become a company trade secret that his employer owns once that employee goes to work for a competitor?  The Arizona court of appeals recently grappled with this issue, and ultimately ruled that a spreadsheet a former employee created for his former employer was not a trade secret.

In Arizona Office Technologies, Inc. v. Infincom, Inc. [pdf], a former employee had developed and maintained a spreadsheet-based sales system known as “ELITE” for his former employer.  ELITE was designed to streamline the sales force’s paperwork.  Later, the employee went to work for a competitor, for whom he developed HELIX, also a spreadsheet-based tool designed to streamline the sales process.  The employee considered HELIX to be the “next generation” of ELITE.  The former employer sued, alleging both the employee and his new employer violated Arizona’s Uniform Trade Secrets Act by misappropriating the ELITE spreadsheet.

The question at issue was whether ELITE qualified as a trade secret.  The court held there was insufficient evidence that ELITE derived economic value from not being generally known and from not being readily ascertainable by proper means.  ELITE was simply an application of an Excel spreadsheet, and the employee plaintiff testified that before developing ELITE, he had created “probably hundreds” of Excel spreadsheets to improve organizational efficiency for other companies.  Further, after leaving his former employer, plaintiff continued creating similar spreadsheets.  The court held he “had neither the ability nor the legal duty to erase from his memory skills he had acquired in creating effective spreadsheets.”  Accordingly, the ELITE spreadsheet did not qualify as a trade secret.

This decision provides guidance for employers in determining what constitutes a trade secret.  Arizona courts are unlikely to grant trade secret status to items developed by employees using their own skills, and not from using confidential information obtained from the employer.