From Mistletoe to #MeToo: Office Party Tips and Trends for 2018

As the holidays rapidly approach, employers are typically preparing for office festivities.

This year, however, employers are noticeably less interested in holiday work parties. According to a recent study, roughly two-thirds of companies intend to host a holiday party—the lowest number since the recession.1 Approximately 27 percent of survey respondents (human resources representatives) indicated that they do not usually have a party, while another 7.7 percent reported that they simply are not hosting a gathering this year.

Yet at the same time, surveyed employers “reported higher confidence in the economy than last year.”2 Finances thus do not appear to be the primary motivating factor for the decrease in holiday spirit. Likely culprits may be the remote nature of an employer’s workforce, making it harder to gather for a party, or the employer’s preference to host events at other times of the year.

Another possibility, as suggested by the study, is employer concern about potential liability in light of the #MeToo movement. “Of those companies that are having a party this year, nearly 58 percent reported they have addressed the #MeToo movement with their staff this year, 33 percent of which have addressed or will address this issue prior to the party.”3 Perhaps relatedly, the number of companies that intend to serve alcohol at their function decreased slightly.

Whether to serve alcohol is one of the many questions facing companies that still plan to rock the night away in 2018. From the guest list and the menu, to the decorations and the gift exchanges, employers have a lot of wide-ranging issues to consider when planning a staff party. The accompanying video explores some of the key factors employers should keep in mind, lest they get carried away and end up on the Naughty List.4 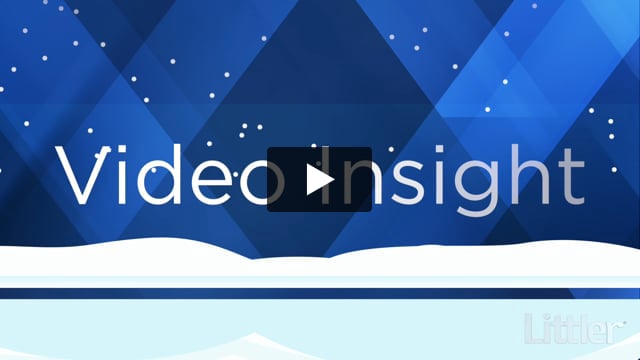 Discrimination and HarassmentWage and Hour