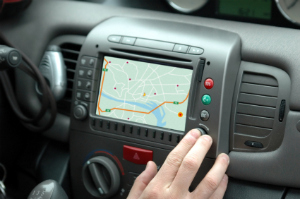 Ever since revelations in May that smartphones track the location of their users, location privacy has been a red hot issue in virtually every forum — except the U.S. workplace. Just last week, for example, the U.S. Supreme Court agreed to review a federal circuit court decision (covered by our blog when decided last August), holding that the federal government’s warrantless use of 24/7 location tracking for more than a month violated the Fourth Amendment rights of a criminal suspect. The Wall Street Journal dubbed June 15, 2011, “location privacy day on Capitol Hill” after two bills were introduced to limit the use of location data by industry and by law enforcement. And, in the European Union, the Article 29 Working Party, which is responsible for providing guidance on the application of the European Union Data Protection Directive, recently published its “Opinion 13/2011 on Geolocation Services on smart mobile devices.” While none of these developments directly implicate the U.S. workplace, U.S. employers should closely monitor the location privacy debate, particularly given their increasingly common reliance on GPS-enabled smartphones and vehicles to track employees.

The European guidance is especially noteworthy for multi-national employers. Although this guidance, as its title suggests, deals almost exclusively with tracking consumers, the guidance contains a short section—which received scant public attention—that squarely addresses tracking employees. The guidance explains that it is unlawful for employers in the E.U. to track their employees unless “it is demonstrably necessary to supervise the exact locations of employees for a legitimate [business] purpose.” Even then, continuous monitoring generally is impermissible, and employees must be able to turn off location tracking during non-work hours. The guidance also discourages employers from using vehicle tracking devices to monitor the behavior of employees by, for example, recording the vehicle’s speed. Given this guidance, multinational employers should closely scrutinize the nature and scope of any location-tracking program before implementing it in the European Union.

The U.S. Supreme Court’s decision next term in U.S. v. Maynard also could have an impact on U.S. employers. As we explained in our blog post on the D.C. Circuit’s decision that is subject to Supreme Court review, a ruling that law enforcement’s 24/7 use of surreptitious location tracking violates the Fourth Amendment arguably could be used to support a claim against employers that engage in 24/7 location tracking without notice to employees. The rationale for such a decision likely would be that continuous tracking establishes a pattern of activity over a period of time which reveals private information about the target of the tracking, such as whether the person is a recovering alcoholic as reflected by regular visits to Alcoholics Anonymous meetings, is considering pregnancy as suggested by weekly trips to a fertility clinic, or is having an extra-marital affair. Despite the distinctions between Fourth Amendment standards and the elements of the common law tort of invasion of privacy, this rationale likely would apply with equal force in the common law context.

Finally, while the Congressional activity to date has focused on consumer privacy, it would not require a substantial leap in legislative drafting to extend the coverage of these bills to location tracking of employees. Alternatively, state legislators, taking the cue from Congress, might implement state-specific requirements, which could result in an unwanted patchwork of requirements for multi-state employers.

While U.S. employers currently are subject to virtually no regulation when tracking employees, the keen focus on the issue in Europe, in the criminal context, and in the consumer sphere very well may spill over to the U.S. workplace. Employers that use, or that are considering using, location tracking in their workplaces should continue to monitor these developments closely.