Is It Legal for an Employer to Secretly Track an Employee's Personal Vehicle 24/7 for One Month? Perhaps! 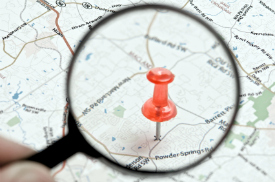 A recent decision by a New York appellate court is one of the first cases to address the surreptitious use of location tracking for employment purposes. The 3-2 split decision highlights the on-going disagreement among judges over the lawful use of Global Positioning Systems (GPS). The New York case is particularly noteworthy because the U.S. Supreme Court in U.S. v. Jones (argued November 7, 2011)  (Note: the lower court case is U.S. v. Maynard, on cert to the U.S. Supreme Court the case is U.S. v. Jones, referring to respondent Antoine Jones) is currently considering virtually the same issue addressed by the New York court, but in the criminal context. Given the increasing use of GPS in the workplace, employers need to understand the legal risks associated with this highly effective management and investigative tool.

The subject of the New York case was a 30-year employee of New York’s Department of Labor, serving most of that time as the Department’s Director of Staff and Organizational Development. Despite his high-level position, he had been a “problem employee” for nearly a decade, having been disciplined on several occasions. The dispute that ultimately led to the appellate court decision had its inception in the Labor Department’s investigation of the employee for falsifying time records. The Department initially tried to track him the “old-fashioned way,” i.e., by tailing him, but the employee spotted and evaded the tail. The state’s Inspector General, to whom the Labor Department referred the investigation, then secretly planted a GPS device on the employee’s personal vehicle and collected location data 24/7 for a one-month period. Based, in part, on the location data collected, a Labor Department hearing officer recommended the employee’s termination for, among other things, falsifying time records.

Although the employee was a public employee, his case has relevance for private employers for the following reason. On appeal, the employee contended that the Labor Department could not lawfully rely on the location-tracking data to discipline him, invoking the exclusionary rule in New York’s civil service law. Under that rule, the hearing officer and the appellate court had to determine whether the Inspector General’s use of surreptitious location tracking was reasonable at inception and in its scope. That standard is similar to (albeit somewhat lower than) the standard that a court would apply to determine whether a private employer’s use of GPS to track an employee constituted a common law invasion of privacy. Given that no state other than California has enacted a law that prohibits a private employer from tracking an employee’s personal vehicle, a private employee terminated based on location information most likely would rely on a common law invasion of privacy claim to obtain a remedy.

The appellate court’s split decision on the reasonableness of the Inspector General’s use of location tracking highlights the difficult balancing that private employers must conduct when considering whether to use GPS as an investigative tool. All five judges agreed that use of the GPS was reasonable at inception because the Labor Department had a reasonable suspicion of the employee’s wrongdoing. The three-judge majority further concluded that 24/7 location tracking for one month was reasonable because the employee had intentionally undermined less intrusive investigative methods and because “the GPS devices were not constantly monitored;” instead, the Inspector General extracted only location information revealing the employee’s whereabouts during working hours. Rejecting this reason, the two dissenters emphasized that the Labor Department’s “valid interest in [the employee’s] whereabouts extended only to the hours of his workday and yet the tracking had continued for one month.” The dissenters found it particularly troubling that the Inspector General had tracked the employee’s location during a week-long family vacation.