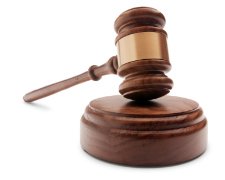 After a trial to the court in September 2011, the United States District Court for the Southern District of Ohio entered judgment on January 5, 2012 in favor of Defendant Nationwide Mutual Insurance Company, on all claims alleged against it by a nationwide class of Special Investigators who claimed they were misclassified as exempt from the overtime requirements of the FLSA and New York and California state wage laws.

The case was initially filed in September 2007 in federal court in California, and venue was transferred to the Southern District of Ohio, where Nationwide is headquartered. Notice to opt-in was issued nationwide to current and former Special Investigators, and ninety-one joined the action.

Nationwide continuously maintained that Special Investigators were properly classified as exempt administrative employees under federal and state wage and hour law. To qualify for the FLSA’s administrative exemption, employees must be compensated at a rate not less than $455 per week; their “primary duty” must be the “performance of office or non-manual work directly related to the management or general business operations of the employer or the employer’s customers;” and the primary duty must include “the exercise of discretion and independent judgment with respect to matters of significance.” In March 2010, the court found that Nationwide had satisfied the first two elements of the administrative exemption test, but determined that material issues of fact existed as to the third element.

While the plaintiffs contended that resolving indicators of fraud was merely the gathering and reporting of facts, the court disagreed. The court concluded that the Special Investigators determine the truth about what happened on a suspicious claim, which “necessarily requires judgment and discretion.” The court noted that nearly all of the Special Investigators who testified at trial characterized their investigations as searches for the truth and that “A doctorate in philosophy is not required to realize that the ‘truth’ is not an entirely objective concept. Determining truth requires ‘factual findings,’ a process that necessarily requires judgment and discretion.” In addition, because the Special Investigators’ resolution of fraud indicators can have an influence on a claims adjuster’s decision to pay or deny a claim, they exercised discretion and independent judgment on matters of significance.

The plaintiffs also claimed that referrals to law enforcement and NICB are automatic. However, the court noted that such referrals are made when the Special Investigator is unable to resolve the indicators of fraud. Accordingly, the judgment and discretion that is inherent in the resolution of fraud indicators also attaches to the decision to make a referral. In addition, because these referrals can subject individuals to criminal prosecution, they pertain to matters of significance.

Finally, because the parties stipulated that the New York claims would rise or fall with the FLSA claims, the court awarded judgment to Nationwide on those state claims, and also awarded judgment to Nationwide on the California state law claims after determining that the Special Investigators satisfied the California Labor Code requirement that they are “primarily engaged in the duties that” meet the administrative exemption, and “customarily and regularly exercise[] discretion and independent judgment in performing” those duties.