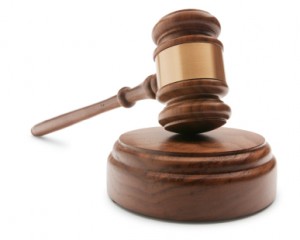 According to data from the U.S. Equal Employment Opportunity Commission, religious discrimination complaints have nearly doubled in the last 15 years. Hospitals are not immune from these types of claims, a point that has been reinforced recently by a federal district court and a state attorney general.

In Hickey v. State University of New York at Stony Brook Hospital,  a federal court denied summary judgment to both parties and allowed the plaintiff’s Title VII claims to proceed to trial. The plaintiff was a born-again Christian who worked as a painter for the hospital. After his first termination in 2006, he filed a complaint with the New York State Division of Human Rights, claiming discrimination based on his religion and ethnicity. He later withdrew the complaint in exchange for reinstatement. As part of the reinstatement agreement, the hospital prohibited the plaintiff from proselytizing on the hospital grounds and permitted him to read his Bible only in the hospital chapel and break rooms. Upon his return to work in 2008, the plaintiff started wearing a lanyard with the phrase “I ♥ Jesus.” His supervisor told him to remove the lanyard because it was not part of the uniform, but he refused. Another supervisor reported that he preached about religion to her and other members of her family. The hospital terminated the plaintiff a month later because of “several incidents and his unsatisfactory job performance.”

Noting the increase in religious-based complaints, in November 2011 the New York Attorney General launched the Religious Rights Initiative. In addition to educating workers about their rights, one of the stated purposes of the Initiative is to “combat religious discrimination through litigation and advocacy, and promote the process for filing religious discrimination complaints.”

As one example of the intensified enforcement activity, the Attorney General reached a settlement earlier this month with the New York City Health and Hospitals Corporation, the largest municipal health care system in the nation. Following complaints by Orthodox Jewish and Seventh Day Adventist nurses who alleged they were not allowed to observe their religions’ Sabbath days, the Attorney General conducted an investigation and the hospital agreed to improve its religious accommodation practices. The settlement requires the hospital to:

In the face of growing litigation and more aggressive enforcement by state agencies, healthcare providers should consider implementing policies and training programs regarding religious discrimination and accommodation requirements.