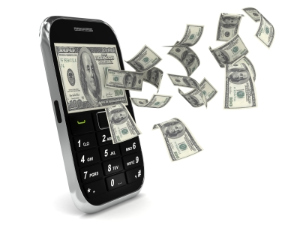 On May 9, 2011, the U.S. Department of Labor announced the launch of its first smartphone application, an electronic timesheet employees can use to track their hours of work, including breaks. According to a DOL press release, the information tracked through this application “could prove invaluable during a Wage and Hour Division investigation when an employer has failed to maintain accurate employment records.” The app, currently available in English and Spanish and only for iPhone, iPad and iPod Touch devices, allows users to input their hourly rate of pay and calculates the amount of wages due to the worker. Additionally, through the app, users can add comments related to their work hours; view a summary of work hours in a daily, weekly and monthly format; and email the summary of work hours and gross pay as an attachment. A glossary, limited information regarding wage and hour laws, and contact information for the DOL are accessible through the app. The agency stated it will pursue the development of updates that allow employees to track their tips, commissions, bonuses, deductions, holiday pay, pay for weekends, shift differentials and pay for regular days of rest, among other pay information.

The DOL intends to explore updates to this application to make it or similar versions compatible with other smartphone platforms, such as the Android and BlackBerry.

The DOL also has made available a printable work hours calendar for workers who do not own smartphones. This downloadable calendar allows workers to track their rate of pay, start and stop times, and arrival and departure times, and includes information about workers’ wage and hour rights and how to file a wage violation complaint. The new app poses several concerns for employers. First, the app has the potential to create confusion where, for instance, an employer has a permissible time entry rounding system in place. Because the app does not provide for rounding, in such instances, there may be discrepancies between the amount of time recorded by an employee (and the amount of wages calculated by the app to be due) and the employer's time records. Second, the app could potentially be abused by workers who “clock in” on the app before their actual start time, clock out after their actual stop time, or fail to accurately record non-compensable breaks. Employers should be mindful of these potential problems if an employee attempts to present data from the app as “evidence” of improper wage payment. In fact, the app itself includes a disclaimer of which employers and employees should be aware:

Disclaimer: This App is designed as a reference tool. It does not include every possible situation encountered in the workplace. Some situations not addressed in this App may yield a different result in the calculation of total pay. These include, but are not limited to, situations where, for example, the employee is not covered by the Fair Labor Standards Act or is exempt from the minimum wage and/or overtime pay requirements of the FLSA. Further, the conclusions reached by this App rely on the accuracy of the data provided by the user. Therefore, DOL make no express or implied guarantees as to the accuracy of this information.

Notwithstanding the potential issues raised by the app, employees should not be prohibited from using it at work, as its use may constitute protected activity under the Fair Labor Standards Act and similar state wage laws. However, employers may permissibly enforce existing information technology policies regarding the installation of the app on company-provided electronic devices.