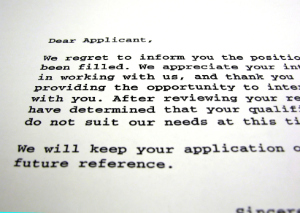 In Dellinger v. Science Applications Internal Corporation, the Fourth Circuit Court of Appeals affirmed the dismissal of an applicant’s FLSA retaliation claim, holding that only current or former employees can sue for retaliation under the FLSA and that an applicant is not an employee.

Natalie Dellinger was offered a job with Science Applications International Corporation (“SAIC”), contingent on the transfer of her security clearance, among other things. Dellinger accepted the offer and filled out a form to transfer her security clearance. The form required her to disclose any non-criminal court actions to which she was a party, and she disclosed a Fair Labor Standards Act (“FLSA”) lawsuit that she had filed against her former employer. Shortly thereafter, SAIC withdrew its contingent offer of employment.

Dellinger sued SAIC, claiming that the withdrawal of the offer violated the FLSA’s anti-retaliation provision. SAIC moved to dismiss the complaint on the ground that the FLSA’s anti-retaliation provision only protects employees, and not applicants. The United States District Court for the Eastern District of Virginia agreed and dismissed the case. Dellinger appealed, with the Secretary of Labor filing an amicus brief supporting her arguments.

In affirming the district court’s decision, the Fourth Circuit observed that the minimum wage and overtime provisions and the anti-retaliation provision of the FLSA protect “employees,” and the term “employee” is not defined “in a vacuum,” but in relationship to an employer, i.e., “any individual employed by an employer.” The court noted that the FLSA's enforcement provision provides that “any employer” who violates the anti-retaliation provision is liable for legal and equitable remedies, and an action may be maintained against “any employer.” The court thus reasoned that an employee is given remedies for violation of the anti-retaliation provision as to his or her employer, and Dellinger could only state a claim if she could show that she was an employee and that SAIC was her employer. Because Dellinger was only an applicant whose application had been approved on a contingent basis and she never began work, the court concluded that she could not be an employee under the FLSA, which defines “employ” as “suffer or permit to work.”

Dellinger, the Secretary of Labor and the dissenting judge raised a number of arguments, all of which the court rejected. The court first rejected the argument that because the anti-retaliation provision prohibits “any person” from discharging or discriminating against “any employee” for filing or instituting an FLSA complaint or enforcement proceeding, Dellinger could sue “any person” for retaliation. While the court acknowledged that anti-retaliation provision does prohibit all “persons” from engaging in certain acts, including retaliation against employees, it noted that the enforcement provision does not authorize employees to sue “any person.” The court further noted that the use of the term “person” in the anti-retaliation provision is attributable to the fact that this section prohibits other acts not performed by employers, i.e., transporting hot goods, which is punishable by a criminal penalty, not a civil action.

The court also rejected the argument that the enforcement provision includes the remedies of “employment” and “reinstatement,” indicating that the FLSA protects prospective employees. The court reasoned that the remedy of “employment” could be afforded to a former employee hired back to a different position.

The court likewise rejected the argument that it should apply Robinson v. Shell Oil Co., which held that the definition of “employee” in Title VII included former employees, to extend the FLSA to applicants and prospective employees. The court considered Robinson to be inapposite because there was no dispute that the FLSA applied to former employees; rather, the issue here was whether the FLSA could extend to someone who had never worked for the employer.

The court also rejected the argument that Dellinger could sue SAIC because she was “any employee” insofar as she was her predecessor’s employee and SAIC was “any employer.” The court held that the purpose and text of the statute were consistent with the interpretation that it was referring only to an employer’s own employees. The court also declined to adopt the argument that Dellinger could be considered an “employee” of SAIC under the FLSA because, as the recipient of a contingent offer of employment, “there was no legitimate impediment between her and the imminent assumption of her job duties.”

While the court was sympathetic to Dellinger’s argument that prospective employers should not be able to discriminate against prospective employees for exercising their FLSA rights in the past, it held that it was not free to broaden the scope of the statute whose scope is clearly defined. In distinguishing other statutory frameworks, the court observed that the Secretary of Labor had not promulgated a regulation under the FLSA interpreting the term “employee” to include prospective employees and applicants.

We will continue to follow and report on legal developments on this important issue.