Dear Littler: What is the Story with Employee Election Leave?

By Deidra Nguyen on

Dear Littler: Election Day is coming up in a few weeks, and I’ve been getting questions from our managers in various branches about voting-related leave for employees. Our company has operations in more than a dozen states, with larger locations here in St. Louis as well as in California, Georgia, and Virginia. We don’t seem to have a standard corporate policy on this issue, and I am not sure how to proceed. Even aside from the political debates and terrible commercials, this election is giving me a headache!

My immediate reaction is two-fold. First, we all feel your pain regarding election season. And second, the answer to your question might make you feel even worse.

The likely reason your organization doesn’t maintain a uniform corporate policy on election leave is that the laws on that subject vary widely from state to state. There is actually no federal law granting employees leave time to vote or to participate in an election as a judge or precinct official. As a result, state or local laws govern any rights employees may have to seek leave from work to go to the polls, and these laws vary quite a bit.

The majority of states (roughly 30) give employees the right to take time off from work to vote or to serve as an election worker. In fact, many states go one step further and require that an employer provide paid leave for the time needed to vote. And in some states, employers must allow an employee to take the entire day off if the employee intends to volunteer to help administer the election.

I will walk through the major issues with you, paying particular attention to the states you identified. That being said, you should carefully consider the applicable laws in every state where your employees work.

Most states require employers to grant some time off during the workday for employees to vote. Typically, these laws provide employees with between one and four consecutive hours to hit the polls. This leave is commonly conditioned, however, on the employee’s inability to vote outside of work, based on the polling hours and his or her work schedule.  In other words, if the employee can find time to vote outside of the employee’s work schedule, voting leave would not be required.

In some states, employees who will need time off to vote must request it before Election Day. Indeed, more than half of the states legislating voting leave require employees to provide some sort of notice. When a leave requirement is triggered, employers often can specify the time that employees are permitted to be absent (e.g., the first or last hour of the shift). And in more than 20 states, the hours set aside for voting leave are paid time for the employee. This means that employers cannot make deductions or penalize employees in any way for missing work to vote.

Georgia, Missouri, and California each fall within this category, so let’s take a look at these three approaches to get a sense of how they differ. We begin with the Peach State, where employees who are eligible to vote in primaries or elections may take up to two hours to vote. Leave may be unpaid in Georgia, and it comes with several caveats. Employees may take leave only if they do not have a two-hour block of time before or after their workday to vote. Thus, for example, if a worker ends her shift at 4 p.m., and the polls close at 7 p.m., that employee would likely not qualify for leave time in Georgia. In addition, and as is the case in numerous states, employees in Georgia must provide “reasonable notice” to their employers to let them know that time off will be needed. Employers may then select the hours during which leave may be taken.1

Meanwhile, in Missouri, employees are entitled to take up to three hours of election leave, unless they have three consecutive nonworking hours, while the polls are open, during which they can cast their ballots. Missouri requires employers to compensate employees for the hours designated as voting leave. As a result, the time taken by your Missouri employees must be paid, unless a worker fails to vote during the leave period. An employee intending to take voting leave in the Show Me State must request the time off prior to Election Day. As in Georgia, employers may select which hours constitute leave during the workday.2

California law additionally includes notice and posting requirements. If employees are aware of the need for time off on the third working day prior to Election Day, they must provide their employer at least two working days’ notice. Employers, for their part, must post a summary of employee voting leave rights at the place of employment, if practicable, or in a location where it is visible as employees come and go to work. This notice must be posted at least 10 days before every statewide election.3

Virginia, on the other hand, is one of the many states that do not require employers to provide voter leave. By way of further example, Connecticut, Florida, Indiana, Michigan, North Carolina, and Washington do not regulate such leave time. North Dakota does not require leave to vote, but encourages employers to allow voters time off if their work schedules conflict with the polling hours. Perhaps ironically, the District of Columbia also has no law requiring employers to excuse workers for voting purposes.

Employers in these jurisdictions generally should review their handbooks and policies to see if they have offered voting or other applicable leave, whether as a courtesy to employees or as a contractual matter. In addition, employers should be cognizant of the polling hours in their areas, as well as the availability of early voting. Depending on the local circumstances and the employers’ hours of operation, some flexibility may be appropriate for workers who seek time off to vote. Alternatively, employers that cannot or simply prefer not to accommodate individual voter requests may wish to encourage employees to cast their ballots early, where and when available.4

Of course, employers that voluntarily offer time off as an accommodation to their workers should do so even-handedly, regardless of any employee’s particular role in the organization, political persuasion, or protected classification. Failure to address leave requests in a consistent manner could result in confusion, reduced morale, complaints of favoritism, or even allegations of discrimination.

Many employees plan not only to vote on Election Day, but also to volunteer as election judges, precinct officials, and the like. Several states, such as Alabama, Delaware, Illinois, Nebraska, Tennessee, and Wisconsin, require employers to give employees time off (including up to an entire day) to perform this type of public service under certain circumstances. Election workers are typically required to give employers advance notice of their absence. Moreover, this leave is often unpaid, although employees generally cannot be penalized for missing work for this purpose.

In Virginia, employers may not discharge, or take any adverse action against, an employee who needs time off to serve as an election officer. Employees who will need leave for this purpose must give “reasonable notice” to their employers, although there is no precise guidance as to what notice is reasonable. The Virginia law does not specify whether leave must be paid, so presumably that determination is left to the employer’s discretion. Nonetheless, the applicable statute prohibits an employer from requiring employees to use sick leave or vacation time to cover any leave period needed for election service. Moreover, employees who volunteer as election officers for four or more hours, including travel time, cannot be required to work certain shifts following their service.5

California does not have similar detailed legislation on this issue, although the state makes it unlawful to suspend or discharge an employee “because of absence while serving as an election officer.”6 Neither Georgia, nor Missouri, appears to offer any special protections for workers volunteering to administer an election.

The Countdown Is On!

For better or worse, Migraine in Missouri, the election is rapidly approaching. Now is the time to review your company’s obligations on a state-by-state basis, for every jurisdiction where it has employees. At this point, it would also be prudent to research early voting options, and polling hours, in relevant locations. Managers should begin considering how to handle and/or schedule employee requests for time off, particularly in those states that mandate voting or election worker leave. I hope this brief overview has been helpful and that we all can make time to vote!

4 A few states—include Oregon and Colorado—conduct their elections entirely by mail. 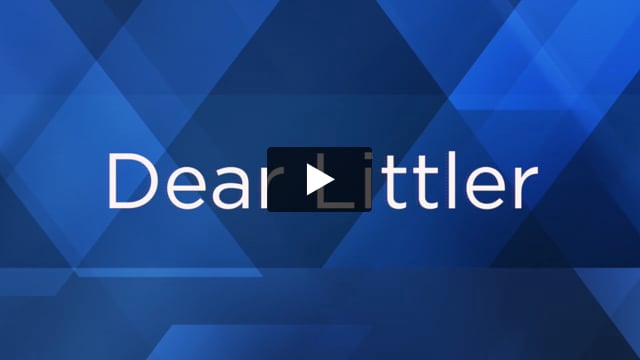 Leaves of Absence and Disability AccommodationPolicies, Procedures and Handbooks