By Libby Henninger on

Dear Littler: I work in the corporate office of a national retailer. We plan to hire several local student interns to work for us this summer, primarily in accounting and marketing. We enjoy sponsoring this program, and it works out well. In fact, in the past, we have hired a handful of summer interns as full-time employees after they graduated. We intend to offer some basic training on specific job duties, along with some broader exposure to various departments and our industry. Interns will likely assist our regular staff with “real” work, under close supervision. We like our internships to be unpaid because then we can take on more students and put the funding into memorable program activities. But now I’m wondering: should we be paying these interns?

—Getting Ready in Rockville

Dear Getting Ready in Rockville,

No matter the weather, you know it’s finally summertime when the intern program approaches! It’s a good idea to take stock of your program before your interns arrive, if not before they are hired. And while your question seems straightforward, it can be quite tricky to determine how to classify student interns—even under newly-revamped guidance from the U.S. Department of Labor (DOL). To answer your question, we’ll start with a summary of the DOL’s position and then consider some practical implications.

The Fair Labor Standards Act (FLSA) regulates an employer’s duty to pay minimum wage and overtime compensation to its employees. Yet, oddly enough, the FLSA does not explain who is considered an “employee” under the statute.1 Because the FLSA does not include a clear definition, employers often rely on guidance promulgated by the DOL to determine which workers are protected by the statute.

The DOL and employers have long recognized that interns might not qualify as “employees” under the FLSA, depending on the circumstances. If they are not “employees,” employers would have much more flexibility in deciding whether, or how, to compensate these individuals who frequently work for a relatively short time with an organization to gain practical experience in a field of interest. In January 2018, the DOL announced a significant change in its interpretation of the FLSA with respect to interns and trainees.

For years, the DOL had employed a six-factor test to determine whether the FLSA’s minimum wage and overtime requirements apply to interns working for private employers. Under that test, interns would be deemed “employees” by default unless all six of the specified elements were satisfied. Private employers struggled with that stringent approach. For example, one factor—which essentially required that companies reap no benefit from an intern’s efforts—posed a particular challenge for employers intending to offer meaningful, educational, yet unpaid, internships. Moreover, beginning around 2013, employers were faced with a wave of class and collective actions filed by unpaid interns alleging that they had been misclassified.

By 2015, however, federal courts began rejecting this six-factor factor test in favor of a more flexible framework. In Glatt v. Fox Searchlight Pictures, Inc., a case involving unpaid interns in the film industry, the U.S. Court of Appeals for the Second Circuit found that the DOL’s six-factor test was too rigid to apply in all workplace scenarios. Instead, the court endorsed the “primary beneficiary” test, which explores the extent to which the employer and the intern benefit from their relationship. This approach “focuses on what the intern receives in exchange for his [or her] work” and grants the courts the flexibility to examine the economic realities as they exist between the parties. The Second Circuit articulated a non-exhaustive list of seven factors for courts to consider in determining whether the FLSA applies to an intern:

1.   The extent to which the intern and the employer clearly understand that there is no expectation of compensation. Any promise of compensation, express or implied, suggests that the intern is an employee—and vice versa.

2.   The extent to which the internship provides training that would be similar to that which would be given in an educational environment, including the clinical and other hands-on training provided by educational institutions.

3.   The extent to which the internship is tied to the intern’s formal education program by integrated coursework or the receipt of academic credit.

4.   The extent to which the internship accommodates the intern’s academic commitments by corresponding to the academic calendar.

6.   The extent to which the intern’s work complements, rather than displaces, the work of paid employees while providing significant educational benefits to the intern.

7.   The extent to which the intern and the employer understand that the internship is conducted without entitlement to a paid job at the conclusion of the internship.2

The court also clarified that other factors might be relevant as dictated by the circumstances. Other appellate courts soon followed suit. Most recently, the Ninth Circuit adopted the Glatt seven-factor analysis.3

Given this series of decisions, the DOL on January 5, 2018, issued updated guidance endorsing the primary beneficiary framework. In its Fact Sheet, the DOL cited the key appellate cases and adopted the Glatt approach in its entirety. The DOL stated that the primary beneficiary test is flexible “and no single factor is determinative.” As the DOL explained, “whether an intern or a student is an employee under the FLSA necessarily depends on the unique circumstances of each case.”4

Practical Considerations under the FLSA

Now that we’ve surveyed the legal landscape, let’s circle back to your question. Given the status of your employer as a national retailer, we will assume it is covered by the FLSA. Thus, to assess whether your interns are covered by the FLSA, we should apply the primary beneficiary test to your specific factual scenario. While we don’t have all of the specific details necessary to make an informed decision, we can give you the gist of the analysis that can be applied to your specific situation. In your query, for example, you indicated that your company intends to offer some basic training for the work to be performed, along with an overview of your organization and industry. The nature of that training likely implicates the second factor of the primary benefits test, which considers whether “the internship provides training that would be similar to that which would be given in an educational environment, including the clinical and other hands-on training.” Similarly, if the internship includes “integrated coursework” or qualifies for academic credit, those facts would support a finding that the primary purpose of the program is to benefit the interns.

You further state that the summer interns will perform “real” work under close supervision by current employees. The sixth factor of the primary beneficiary test addresses that issue and hinges on “the extent to which the intern’s work complements, rather than displaces, the work of paid employees while providing significant educational benefits.” This factor demonstrates a concern that employers might take advantage unpaid workers, to the detriment of existing staff.

As a final point, your company should pay close attention to the seventh factor. While there is nothing necessarily wrong with a company deciding to hire former interns post-graduation, employers that do so should be careful with communicating and making these decisions. Employers should strive to avoid giving the impression that an internship will develop into paid employment.

All in all, employers that are covered by the FLSA and wish to offer unpaid internships should review the DOL’s position when preparing their programs and hiring interns. Keeping in mind the factors of the primary beneficiary test, employers may wish to schedule internships, for example, so that they correspond with the academic calendar. Ultimately, employers that intend to take the position that their interns are not employees, and are not entitled to compensation as a result, should take steps to ensure that their position is defensible under the primary beneficiary approach. Employers should regularly revisit the structure of any existing intern programs and revise them as needed.

All employers—including those not covered by the FLSA—should also be cognizant of other legal duties associated with any internship programs. Employers should remember that state laws and the guidance of state agencies may also affect their decisions about internship programs.

Wage and Hour. Some jurisdictions, such as New Jersey, maintain their own tests for determining the classification of interns or trainees for wage and hour purposes under state law. A few states, meanwhile, deliberately follow the DOL’s approach on this question. A Kansas administrative regulation, for example, explicitly incorporates the DOL’s older six-factor test. And California labor regulators issued an opinion letter in 2010 deferring to the federal approach and relying on that then-governing test. States that traditionally follow the DOL’s lead on this issue may be slow to recognize the federal agency’s recent change. It remains to be seen whether such jurisdictions will simply adopt the primary beneficiary test, retain the prior six-factor test, or perhaps develop a new legal framework that will apply.

Like many states, Maryland has no wage and hour exemption under state law that would apply to unpaid interns. As a result, employers that are not covered by the FLSA presumably should plan to compensate their interns. Depending on the age of your interns, child labor restrictions may also come into play.

Antidiscrimination. Aside from wage and hour issues, some states consider interns to be “employees” for purposes of their antidiscrimination statutes. Approximately eight jurisdictions—including Maryland—offer some protection for interns from discrimination and/or sexual harassment. Indeed, the Maryland Civil Rights Act prohibits employers from discriminating against interns because of “race, color, religion, sex, age, national origin, marital status, sexual orientation, gender identity, or disability.”5 The state law also defines “intern” as a person performing work for an employer “for the purpose of training” so long as:

(1) the employer is not committed to hire the individual at the conclusion of the training period;

(3) the work performed: (i) supplements training given in an educational environment that may enhance the employability of the individual; (ii) provides experience for the benefit of the individual; (iii) does not displace regular employees; and (iv) is performed under the close supervision of existing staff.6

Based on this statute, Getting Ready in Rockville, your company may wish to review its legal duties—as well as internal policies and training—concerning the protection of interns from discrimination and retaliation.

Criminal Background Checks. Where permitted, municipalities across the country continue to implement their own ordinances on labor and employment issues. Your office sits within Montgomery County, Maryland, and your employer should be aware of the applicability of any local regulations.

For example, Montgomery County prohibits employers of 15 or more employees from requiring an applicant, or potential applicant, to disclose on an employment application the existence or details of the applicant’s or potential applicant’s arrest or conviction record. This “ban-the-box” ordinance, which sets forth a detailed process, defines “employment” to include paid work as well “any form of vocational or educational training, with or without compensation.”7 In light of this local law, your employer might consider reviewing any criminal background check procedures to confirm compliance.

In conclusion, all employers should be clear about the scope of their internships, including their expectations for the relationship, anticipated duties and hours, compensation, if any, and whether the intern will become entitled to a paid job following the program. Employers also should be consistent in applying all policies and procedures to interns, to ensure they are treated fairly during their time with the company. Now that we’ve answered your question (and then some), have a great summer! 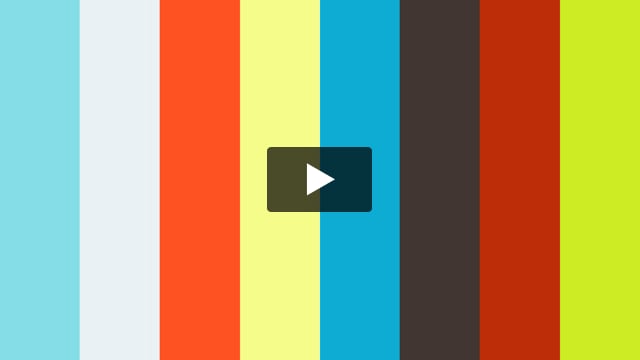