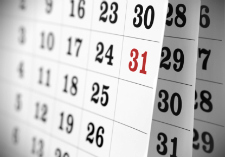 In Aleman v. Airtouch Cellular, a California Court of Appeal ruled on December 21, 2011 that one class representative was not entitled to additional reporting pay or split shift premiums and a second class representative could not pursue such claims because she had signed a release in exchange for enhanced severance compensation. The court did, however, reverse the award of attorneys’ fees to the employer.

The first class representative sought reporting time pay under the provision of the California Wage Orders that states: “Every work day an employee is required to report for work and does report but is not put to work or is furnished less than half said employee’s usual or scheduled day’s work, the employee shall be paid for half the usual or scheduled day’s work, but in no event for less than two (2) hours nor more than four (4) hours, at the employee’s regular rate of pay, which shall not be less than the minimum wage.”

The court concluded that, inasmuch as all of the meetings were scheduled at least four days in advance, and inasmuch as the class representative was paid for at least half of each scheduled meeting, no obligation to provide reporting pay was triggered. In the court’s opinion, no reference to the duration of the plaintiff’s usual day’s work day was appropriate inasmuch as all of the meetings were scheduled. Had the plaintiff been called in without any advance notice on a vacation day, reference to the usual day’s work might have been relevant.

The court applied a straightforward reading of the split shift premium formula to deny the first class representative additional wages. A split shift is any two work periods separated by non-working, non-paid periods other than bona fide meal or rest periods. The split shift premium formula calls for calculating whether any premium is due by adding one hour to the number of hours actually worked in the day, and multiplying the total hours by the minimum wage. That result would be subtracted from the employee’s wages for the day and any difference would then be due as a split shift premium. Inasmuch as the first class representative’s wage rate was substantially in excess of the minimum wage, the split shift formula did not result in additional wages being due. The court rejected the first class representative’s argument that the split shit premium should always result in an additional hour of pay, because the Wage Orders are clear and specific as to the appropriate wage rate reference.

The court found that the second class representative was not entitled to pursue her claims for reporting pay and split shift premiums because the employee had signed a release of claims in exchange for enhanced severance benefits. The court found that there was a bona fide dispute as to the plaintiff’s entitlement to any additional wages and, where such a dispute exists, an otherwise enforceable settlement agreement would not be invalid.

Finally, the court reversed the award of attorneys’ fees in favor of the employer. The court noted that section 1194 of the Labor Code provided for fees only to a prevailing plaintiff where the plaintiff’s claims concerned minimum wage or overtime. The court had no doubt that a claim for a split shift premium, which is calculated in relation to the minimum wage, was a minimum wage claim. Given the inter-related nature of the split shift and reporting pay obligations, the court concluded that a claim for reporting pay should also be considered to be a minimum wage-type claim. As fees could only be awarded to the prevailing plaintiff with respect to such minimum wage claims, no fees could be awarded to the defendant employer.