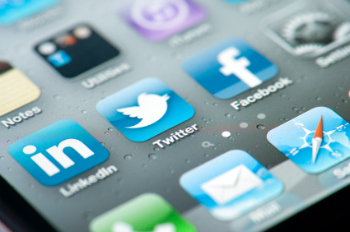 A case being litigated in the Northern District of California has the potential to set new and interesting precedent on how the laws of unfair competition will deal with social media. For now, a California federal judge has ruled [pdf] that the employer's claims for misappropriation of trade secrets, intentional and negligent interference with economic advantage based on a former employee retaining, or absconding with, depending on the point of view, a Twitter account can proceed. This case is still in its early stages, but has the potential to make some interesting law, regardless of the ultimate result.

The employer, PhoneDog, describes itself as "one of the largest and most popular interactive mobile news and reviews resource . . . [with] more than 2.5 million unique visitors each month . . . that offers up serious editorial content and video reviews that users rely on to make important decisions about their next mobile purchases.” The former employee was a product reviewer and video blogger who posted reviews on various social media sites including Twitter.

In a previous motion, heard in November 2011, the employee sought to dismiss the trade secret cause of action, claiming that the followers of the account were not the employer’s property and were not confidential. The court found that the allegations that the account password and account’s followers were trade secrets was sufficient to withstand the motion to dismiss. The court dismissed the negligent and intentional interference with economic advantage claims, but gave PhoneDog leave to amend the complaint to plead more specific facts.

In response to the recent motion to dismiss, the trial court found that the company had sufficiently pled an economic relationship with current and prospective advertisers, which was interfered with by the former employee when he took control of the Twitter account after his termination. In particular, the court found that the allegations that PhoneDog derived a significant amount of its income from advertisements on its website and the page views generated from users visiting the website, and that the employee’s conduct (in diverting the account to his own use) decreased the traffic to the website was sufficient to allege an economic relationship that was damaged.

While the company's allegations have withstood the pleadings challenge, it remains to be seen whether they can prove that followers of the Twitter account are akin to a customer list and constitute confidential, proprietary information. This case raises many interesting, and as yet undecided, issues relating to social media and confidential information. The first and most basic issue is who owns the account. Clearly, the company hired the employee to provide content to be disseminated via a variety of social media, such as the Twitter account, to help drive traffic to its website. That Twitter account generated about 17,000 followers. As the account was in the company's name, not the employee’s, the company can at least likely prove that the account belonged to PhoneDog. Many employers encourage, or at the very least tolerate, employees using a personal LinkedIn or Facebook account to make business connections. They may find it more difficult to ask the employee to relinquish a personal account and the connections on that account. Obviously, it would be more difficult to claim that the information belongs to the company if the account is in the employee's name. The PhoneDog case at least provides some guidance as to what a court will consider to be proprietary to the company.  Whether the followers, in the case of the Twitter account, or the connections in the case of the LinkedIn account, are viewed as a trade secret will depend on the economic relationship being created.  If PhoneDog can prove that it receives an economic benefit from these followers not being known to others in the industry, then this case may truly create some interesting precedent.