California Court of Appeal Finds Use of "Artificial" Workweek Impermissible 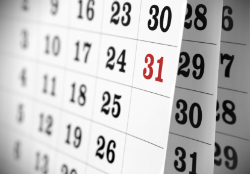 Pursuant to California law, a non-exempt employee is usually entitled to premium pay on the seventh day of work in any one workweek. For example, where an employee works six consecutive days within a workweek, she must be compensated at time and a half for the first eight hours worked and double time for any additional hours worked on the seventh day. A “workweek” is defined as “any consecutive days, starting with the same calendar day each week. ‘Workweek’ is a fixed and regularly recurring period of 168 hours, seven consecutive 24-hour periods.”

Prior to the court’s recent ruling in Seymore v. Metson Marine, Inc., it was presumed that employers had flexibility in defining the “workweek” as applied to their employees. However, in Seymore v. Metson Marine, Inc., the plaintiffs argued that they were entitled to unpaid overtime because the defendant artificially created a workweek to circumvent premium pay requirements. The workweek, as defined by the employer, ran from 12:00 a.m. on Monday to 11:59 p.m. the following Sunday. The plaintiffs worked a 14-day on/14-day off schedule that ran from Tuesday to Tuesday, which resulted in a single seventh day premium at the end of the second week.

The court analogized the defendant’s workweek construction in Seymore to the workday method that was struck down in In re Wal-Mart Stores, Inc. Wage and Hour Litigation. In that case, the court looked to the plain language of California Labor Code section 510(a), which states that “[e]ight hours of labor constitutes a day’s work,” and determined that the employer’s definition of a workday impermissibly split shifts which extended past midnight. Thus, “a shift of more than eight hours of consecutive work qualifies for overtime pay” unless a specific, enumerated exception applies.

Likewise, the Seymore court looked at the plain language of Labor Code sections 510 and 500 and determined that the defendant’s definition of a workweek was an attempt to circumvent the seventh day premium pay requirements. It found that, while an employer “may designate any workweek it wishes” it cannot “require its employees to work one workweek, such as from Tuesday noon to Tuesday noon, and designate another workweek, such as Monday to Sunday night, for the purposes of calculating overtime compensation.”

In light of the Seymore decision, employers should reexamine their workweek definitions and overtime compensation policies to confirm that their definitions and policies will not be construed as an “artifice designed to evade overtime laws.” Employers should also be cognizant of “artificial” workdays and overtime problems arising as a result of “split shifts” worked over more than one day.

This entry was written by Wayne A. Hersh and Heather M. Peck.