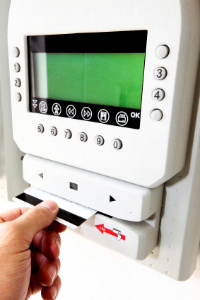 As we have been reporting, courts are continuing to reject class and collective actions asserting claims against hospitals for automatic meal-break deductions (See here, here, and here). Most recently, in Camilotes v. Resurrection Health Care Corporation, a federal district court in Illinois decertified an FLSA collective action and denied certification of a state law class action asserting such claims.

In Camilotes, nurses filed a class and collective action against a large hospital system under the FLSA and the Illinois Minimum Wage Law, alleging they were not paid for time worked during meal breaks that were automatically deducted from pay. The parties had stipulated to conditional FLSA certification, and notice was sent to 5,029 nurses. Only 209 nurses opted into the litigation. Those nurses worked in 198 different departments in eight different hospitals. Each hospital had its own Chief Nursing Officer and Human Resources Director and, although all of the hospitals automatically deducted time for meal periods, the court found that each department implemented the meal policies differently to suit its particular needs. Whether, when, and how often the nurses took meal breaks varied based on their work environment and job duties. For example, emergency room nurses regularly received uninterrupted meal breaks, while nurses in mother-baby units only occasionally received them.

The evidence also showed “wide variances” in the frequency and manner of reporting missed meal periods, even within the same department. Moreover, there was evidence that nurses cancelled the automatic deductions on numerous occasions and, as a result, were paid for the time they worked:

Citing a growing number of federal court decisions and a U.S. Department of Labor fact sheet, the court held that, as long as employees are paid for all time worked, an automatic deduction policy does not, by itself,  violate the FLSA. The court concluded that the automatic deduction policy “cannot, without more, bind Plaintiffs together for purposes of the ‘similarly situated’ inquiry, especially given the myriad of significant factual differences . . . .” Thus, because of the “vast factual differences among Plaintiffs’ work settings and meal period experiences,” the court held that they were “too dissimilarly situated to proceed as a collective action under the FLSA.”

This case, and others like it that have denied certification or granted decertification in automatic meal-break deduction cases, provide guidance on steps that healthcare employers can take to reduce the risk of class actions in these types of cases. For example, employers with automatic meal-break deduction systems should consider: (1) training employees and managers on how to use timekeeping systems and procedures to accurately record all time worked; (2) providing instruction about when and how to record missed meal periods; (3) offering multiple and easy-to-use methods for cancelling automatic deductions; (4) posting notices next to the time clocks or including notices on time sheets reminding employees of cancellation procedures; and (5) having employees sign a verification on time submissions stating that they have accurately reported all time worked. These measures are not only helpful for opposing certification of a class action, but also for ensuring that employees are paid for all work time in the first instance.