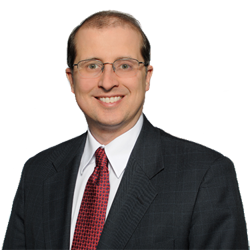 Bill Allen is an experienced labor and employment litigator with a focus on complex matters in the wage and hour and employment discrimination areas. He regularly represents clients in collective and class actions under the Fair Labor Standards Act and state wage and hour laws, including off-the-clock work, employee misclassification, joint employer status, meal and rest periods, termination pay, preliminary and postliminary activities, and the fluctuating workweek method for overtime compensation.

Bill has represented clients in complex unfair labor practice and compliance matters before the National Labor Relations Board (NLRB). For example, Bill represented a major grocery chain in a 79-day hearing that resulted in denial of a nationwide remedy sought by the NLRB’s General Counsel. He has also submitted unfair labor practice position statements and handled grievance arbitrations.

Prior to joining Littler, Bill was senior counsel with a prominent labor and employment practice group at another firm, where he represented employers in the retail, food production, pipeline construction, insurance, and cleaning services industries on a variety of labor and employment matters.

Bill also worked as an associate counsel at the Office of House Employment Counsel of the United States of House of Representatives, where he provided training and counseling to Congressional members and committees, participated in mediation and administrative hearings, litigated individual and class action employment discrimination cases in the U. S. District Court for the District of Columbia, and argued a constitutional immunity issue before an en banc panel of the D.C. Circuit.

While at the University of Virginia, Bill served three terms on the university’s Honor Committee.

Clothes Encounters of the Supreme Kind

Eighth Circuit: Donning and Doffing Not a "Principal Activity" that Triggers Compensation

The Rise of Independent Contractors – Meet the New Boss, Same as the Old Boss?