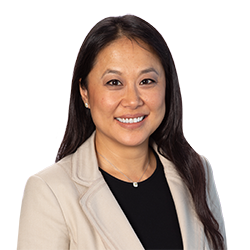 Shin-I Lowe has extensive experience in all areas of United States immigration law, including employment-based, family-based, naturalization and deportation litigation issues. She represents domestic and multinational employers in connection with U. S. immigration-related employment issues before:

Shin-I also counsels employers on immigration policy, strategy, and compliance and has experience conducting audits to assess I-9 compliance.

Conversations with Women: The Mentor-Mentee Relationship

Business Immigration Insider Briefing: How to Stay Compliant Under the Trump Administration

Congress is Considering Changes to the Visa Waiver Program

Burning Issues in Employment: Employment in the U.S.

Forum with Delegation from the China Foundation for International Studies

When to Call an Immigration Attorney?