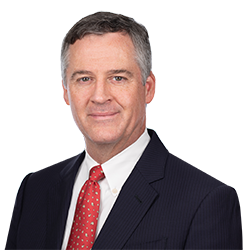 Robert W. Cameron focuses his practice on representing management in all aspects of labor and employment law. In his traditional labor practice, he has handled unfair labor practice and representation proceedings before the National Labor Relations Board and various state labor relations boards. He has represented numerous employers in:

In his employment law practice, Bob has successfully tried cases to verdict that have involved all of the federal discrimination laws, including claims arising under:

He regularly practices in federal and state courts, including appellate courts, and before the Equal Employment Opportunity Commission and state administrative agencies.

Bob has lectured extensively on labor and employment issues, including:

Bob is a member of the firm's Shareholder Compensation Committee.  While in law school, he was editorial assistant for the published proceedings of the Eastern Mineral Law Institute.

First Amendment Rights In the Workplace: Issues for Employers

Emerging Labor Crisis: What You Need to Know About the NLRB's Ramped-Up Attacks on All Employers (Union and Non-Union Alike)

Eleven for '11: The Top Employment & Labor Trends to Watch in the Year Ahead