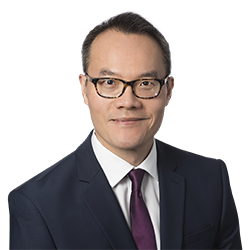 Peter Pham is a member of the Littler CaseSmart® team and is based in California. As a brief writer assigned to class, collective, mass and representative actions, Peter formulates and executes briefing strategy. He evaluates and selects legal authority that supports the facts and circumstances of each case and prepares substantive briefs and motions, including complex dispositive motions, class certification motions and other strategic briefing.

Prior to joining Littler, Peter worked at a multinational law firm focusing on labor and employment and intellectual property litigation. His litigation experience spans case inception through jury verdict. He has extensive experience representing employers before administrative agencies, state and federal courts.

He has successfully litigated both single plaintiff and class actions involving wage and hour, discrimination and harassment claims arising under state and federal laws including:

During law school, he served as a senior editor of the UCLA Law Review, as well as a faculty research assistant.

Outside of the law, Peter’s interests include film and television directing and writing, and he is actively involved in the film industry in Los Angeles.

Privacy Matters: Safeguarding Your Personal Data in the Online Age