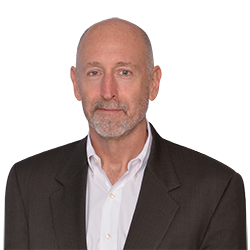 Paul Kennedy’s primary focus in every aspect of practicing law is exceptional client service. He is dedicated to strategic analysis, seeking practical solutions for clients when feasible, and, when not, aggressively litigating disputes to achieve favorable outcomes.  He well understands that responsiveness and partnering with clients is critical to solid and enduring business relationships. With more than 30 years of experience, Paul is a trial lawyer first, who has experience with a wide range of employment issues, including terminations, reductions in force, leave issues, wage disputes, investigations, employee theft, union issues, and intellectual property protection, among others. A practiced and engaging public speaker, Paul is a frequent and able communicator at industry conferences and functions.

Paul regularly litigates cases involving breach of restrictive covenants, employee raiding, and theft of trade secrets. He has handled multiple injunction proceedings and trials over these claims. He is counsel in numerous reported opinions that have defined unfair competition law in multiple jurisdictions, including Maryland and Virginia. He also has drafted and negotiated various contracts, including employment, confidentiality and proprietary rights, and assignment of invention agreements. He has written and spoken extensively on issues relating to restrictive covenants, protection of trade secrets, and employee theft of proprietary information.

Paul also has substantial experience litigating a broad spectrum of cases involving claims such as:

Paul has extensive trial experience, having conducted numerous jury and non-jury trials. He also regularly counsels employers on federal and state employment laws and provides training on a variety of workplace topics. He has represented clients in a wide variety of industries including financial services, staffing, technology, retail, hospitality, healthcare, transportation, and pharmaceuticals.

Paul is a member of the Shareholder Compensation Committee, and has served on Littler’s Board of Directors. Paul is also former co-chair of Littler’s Unfair Competition and Trade Secrets Practice Group.

Prior to joining Littler, he was a partner in the D.C. office of a large international law firm and practiced in the areas of labor and employment as well as intellectual property. He began his career at a large general practice firm in Houston, Texas, practicing commercial and toxic tort litigation. In law school, he was executive editor for the Washington and Lee Law Review.

How Not to Hire Employees From a Competitor

What’s Yours is Mine, and What’s Mine is Mine: The Latest on Protecting Company Trade Secrets, Non-Competes, No Poaching Agreements and Other Protections

The New Federal Trade Secret Legislation: Learn What You Need To Do Under The Act

Noncompetes & Trade Secret Protection: An Employer's Guide To A Big Year of Change

Developments in the Protection of Trade Secrets and Business Goodwill