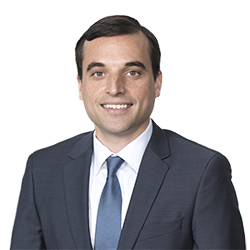 Dustin Bodaghi represents employers in all areas of labor and employment law. Dustin’s practice focuses on the defense of class and PAGA lawsuits under wage and hour laws. He has also defended clients against claims of discrimination, retaliation, harassment, failure to accommodate, wrongful termination, and unfair competition. Dustin has significant trial experience, having participated in multiple trials and arbitrations. Dustin has defended employers in technology, retail, manufacturing, telecommunications, staffing, and other industries.

Examples of Dustin’s successes include:

While in law school, Dustin served as an editor for the Business Law Journal. He also externed for the Hon. James S. Ware (Ret.) of the U.S. District Court for the Northern District of California.

University of California College of the Law, San Francisco

California Begins the Process of Reopening for Business

Be Wary of Expert Disclosure Deadlines