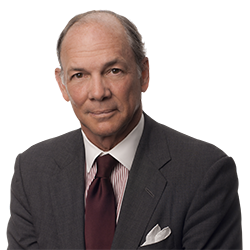 As a highly-experienced employment law trial lawyer, Michael has successfully defended clients in scores of individual, class and collective actions; hundreds of mediations and arbitration proceedings; and achieved multiple defense verdicts in state and federal courts involving claims of:

In addition to his litigation practice, Michael counsels employers on effective strategies for avoiding litigation and prepares them for litigation when unavoidable. He represents clients in cases involving:

Michael has extensive experience working with companies in the following industries:

Michael frequently speaks throughout the country on contemporary labor and employment law topics. He is regularly interviewed by the press and has been published in major national trade publications. His views and opinions are valued by senior management and employee relations professionals throughout the country. Michael is founder of the firm's New York office and previously served as a member of Littler's Board of Directors.

Not Everyone Cheers Kirkland's Move to End Associate Arbitration Policy

Be Careful What You Ask for in Employment Arbitration: The Case for Offers of Judgement

Will Law Firms Bow to Pressure to End Mandatory Arbitration?

Employment Arbitration: A Practical Assessment of Advantages and Disadvantages

Mandatory Arbitration Agreements: To Be or Not to Be

6 Ways to Protect the Company from Whistleblowers

Proposed DOL Rule Could Have Significant Impact On Staffing

7 Rulings Hospitality Attys Are Thankful For In 2013

Employers On Alert As US, NY Regulators Join Forces

Which Employees Can Have Their Hands in the Tip Jar? Finally Some Clarification

Paid-sick-leave saga is hardly over

Michael Weber: When lawyers are the only winners

Dads get a break in new Bloomie's contract

RIF: Carrying Out a Reduction in Force so the Savings Outweigh the Costs of Litigation

Rise of ADR for Workplace Disputes

Leading the Way in E-Discovery

A. Michael Weber Discusses Changes in the Nature of Noncompete Agreements