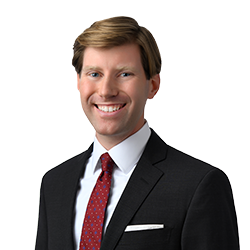 Prior to joining Littler, he clerked for the Hon. Lanny King, U.S. Magistrate Judge for the U.S. District Court for the Western District of Kentucky, where he gained valuable experience in federal court. Michael has experience with a Lexington firm as an associate in its Torts and Insurance as well as its Business Litigation practice groups. He handled discovery, took and defended depositions, drafted and argued dispositive motions in a variety of civil litigation cases. Previously, he worked for an insurance defense firm, where took and defended depositions, handled discovery, drafted and argued successful dispositive motions, drafted appellate briefs, and drafted coverage opinions. The matters Michael covered included insurance defense tort cases, bad faith litigation, and insurance coverage issues. He also obtained as the sole litigator a favorable verdict on behalf of a major national insurance company in a small claims trial.

After graduating from law school, Michael clerked for the Hon. Paul F. Isaacs, who at the time was the Chief Circuit Judge for Kentucky’s 14th Circuit. There, he was able to gain experience in all areas of civil and criminal litigation in Kentucky’s highest level trial court.

University of Kentucky College of Law

University of Kentucky College of Law