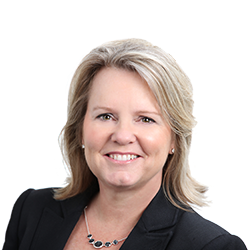 Lori A. Brown is the office managing shareholder at Littler's Miami office and has extensive experience defending management in all aspects of employment law, including:

A considerable part of Lori's practice is devoted to counseling employers on a daily basis on how best to deal with difficult employees and other time sensitive personnel matters. The advice she provides balances the reality of business with the need to ensure compliance with constantly evolving federal and state, employment and labor laws. She also lectures on myriad employment-related topics and regularly counsels and trains employers regarding employment law issues.

In instances where litigation cannot be avoided, Lori has a proven jury trial record, obtaining defense verdicts in each federal district of Florida and various state courts. She has served as lead counsel for several leading retailers over the past five years in single and multi-plaintiff matters. She also:

Other notable litigation successes include winning a summary judgment on behalf of one of the nation's oldest and largest retailers against age discrimination claims brought by a store manager of 35 years, a defense award against gender discrimination claims brought by a senior female executive of a national mortgage lender, and a summary judgment in a whistleblower case on behalf of a health care service provider that prevented the plaintiff from presenting his multi million-dollar demand to the jury.

Guarding Against Guilt: The War on “WOKE”- At Work (Part 2)

5 Pro Tips for Making the Overtime Call: Exempt or Non-Exempt

The Biden Administration: Overtime, Independent Contracting and the Certainty of Change for Employers

The Biden Administration: Overtime, Independent Contracting and the Certainty of Change for Employers

Working on Overtime: What to Expect in 2018