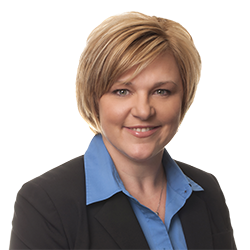 Kimberly A. Yates is an experienced litigator, counselor, leader and innovator. She represents clients in employment litigation, provides advice and counsel on a variety of employment and human resource matters, and has led innovation platforms that provide these services.

Kim’s practice includes advice and counsel for global clients and various labor and employment litigation, particularly in the areas of:

Additionally, Kim provides client counseling concerning risk management and compliance with state and federal employment laws. A frequent speaker and lecturer on labor and employment matters, she also has trained executives and management on:

Kim developed and led the firm’s Littler onDemand COVID-19 Task Force process connecting clients with fast and effective subject-matter knowledge during the pandemic. Kim is a current member of Littler’s Women’s Leadership Initiative Steering Committee and a past member of the core team of the firm's Associates Committee and the Talent Advisory Council.

In law school, Kim was lead articles editor for the Journal of Dispute Resolution. Prior to beginning a career in law, she worked for a global distribution company as a national account manager in its health and beauty care division and as a human resources executive. Kim also drafted substantial portions of Missouri's revised Dram Shop law, which was subjected to heavy judicial scrutiny and survived a constitutional challenge.

Named, Up and Coming Lawyers

New Littler 'On Demand' App Has a Human Side: Shift Lawyers

Ethical Issues in Reductions-in-Force and Releases

The Workplace of the Future: Debunking the Myths Surrounding Flexible Work

Is The Ceiling Still Glass?

Social Media in the Workplace; Special presentation for Federal Clerks and Judiciary

Preventing, Preparing for and Responding to Threats and Acts of Violence in the Workplace

Reductions-in-Force: The Puzzle, The Process and The Alternatives