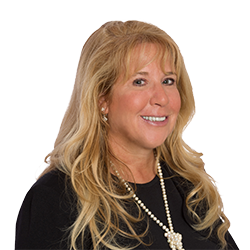 Katherine C. Franklin is an experienced litigator and trial attorney who has represented employers for more than 30 years. Her practice focuses on:

Katherine has vast experience training executives and managers using interactive training programs designed to minimize employment litigation. She has trained thousands of managers and employees and has prepared, designed and implemented many different training programs all across the U. S. and globally, including harassment prevention, violence prevention, lawful and effective investigations, the Americans with Disabilities Act Amendments Act and the Family and Medical Leave Act, Managers’ Boot Camp, retaliation prevention, effective hiring and performance management.

Katherine has substantial experience training companies, including multinational organizations, on ethics and compliance issues. She has traveled abroad to many countries including India, China, the Philippines, Canada and countries throughout Europe to teach global employment law and ethics compliance to multinationals.

In partnership with the Washington State Department of Personnel, Littler Mendelson created the HELP Academy, a comprehensive program designed to train state managers and human resource professionals. Through this program, Katherine has helped to train hundreds of people in all aspects of employment law. In 1999, the HELP Academy received the Innovations Award from the Council of State Governments for proactively addressing the alarming increase in human resource-related conflicts, litigation and liability.

Katherine is a frequent speaker on employment law topics to lawyers, ethics and compliance officers and human resources professionals at companies in the United States and around the world. Katherine served on the Washington Supreme Court's Gender and Justice Commission for two terms. She was President of the Washington Women Lawyers in 1993-1994.

8 Steps for Addressing Bullying in the Workplace

How to Conduct Global HR Investigations – an Illustration

Avoiding Corruption: A Practical Approach to the Foreign Corrupt Practices Act and the UK Bribery Act

Conducting Lawful Investigations: The Good, the Bad, and the Ugly

Ethics, Codes of Conduct and the Consequences of Corruption

The Good, the Bad & the Ugly – Conducting Lawful Investigations

Why Can’t I Just Ask

Presentation Skills and Training Strategies for the Modern Workplace

Preventing Retaliation with a Speak-up Culture

Fox in the Hen House: Managing a Whistleblower Who is a Key Executive

Preventing Retaliation with a Speak-Up Culture

Respect in the Workplace

Conducting Lawful Investigations in the Workplace

Reducing the Potential for Discrimination and Harassment Liability

The Proper Response to Allegations of Unethical Conduct in the Workplace

Diversity and the Inclusive Workplace: The Role of the HR Professional