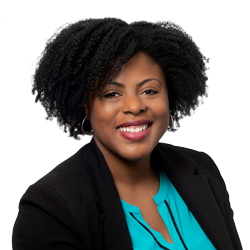 As a member of the Littler CaseSmart® team and based in Illinois, Jeannie Mitchell is responsible for handling administrative agency charges from investigation to conclusion. She works on client-dedicated service teams, focused on handling charges. She investigates charge allegations, reviews pertinent documents, interviews key witnesses, and provides clients an assessment of the risks associated with the charge. In partnership with the client, Jeannie defends the charge by drafting persuasive position statements and responses to the agency’s requests for information and/or pursues resolution of the charge through formal or informal settlement negotiations.

Previously with the Missouri Attorney General’s Office, Jeannie defended government agencies and government employees in Section 1983 actions, including those involving employment discrimination (primarily sexual harassment). She assisted with depositions and witness preparation and drafted pre-trial motions. She first chaired a wrongful termination hearing before the state personnel board. In other, nonemployment law actions, she participated in all phases of litigation including pre-trial motions, depositions, discovery, witness preparation, drafting appellate briefs and presenting oral argument in appellate court.

While with the Missouri Department of Labor and Industrial Relations, Jeannie advised the Department in personnel matters including FMLA, employee handbooks, employee discipline up to and including termination, ADA issues, and hiring, as well as reviewed personnel trainings. She first chaired wrongful termination actions before the state personnel board, representing the Department against former employees. Jeannie represented the Department in actions before the EEOC, including preparing position statements, and represented the Division of Employment Security in unemployment insurance actions involving unemployment benefits and worker misclassification in appellate court.