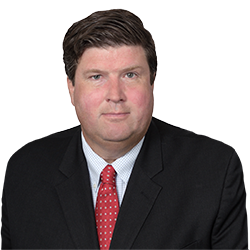 He advises clients on issues relating to multiemployer pension plans and liabilities associated with these plans, including representing employers in arbitrations and in federal district and appeals courts regarding such liabilities.

Eric also advises employers on the impact of potential legislative reform to the multiemployer plan system. Eric further counsels employers on distress, standard and Pension Benefit Guaranty Corporation (PBGC)-initiated terminations of single-employer pension plans and advises on the liabilities associated with those terminations.

Eric also works on pension issues arising in committee or debtor representations. He counsels employers concerning their sponsorship of both pension and welfare employee benefit plans, including plan design and document drafting, and compliance with ERISA, the Internal Revenue Code, COBRA and the Affordable Care Act. Eric counsels clients on pension and other benefit issues related to mergers and acquisitions. He also counsels transportation clients on the Railroad Retirement Act.

Eric has been a contributing author to the ABA Employee Benefits Law publication and has been a panelist on various webinars.

Previously, Eric served as assistant chief counsel of PBGC, where he managed the multiemployer plan (MEP) section in PBGC’s Office of Chief Counsel. He represented the government in numerous cases involving interpretations of ERISA as it pertains to MEPs.

Earlier in his career, Eric worked as a staff attorney at the Hotel and Restaurant Employees International Union Welfare-Pension Funds. There, he managed the funds' withdrawal liability program, including reviewing notification of assessments, the sale of asset applications and responding to requests for reviews. He also arbitrated withdrawal liability cases, litigated contribution and subrogation claims in federal courts and advised on general ERISA issues.