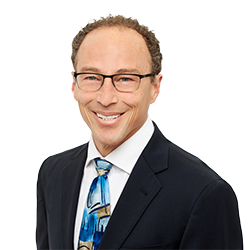 David K. Haase has extensive experience representing employers in all aspects of labor and employment law, with a focus on complex and high-stakes litigation. He has particular skill in: wage and hour class/collective actions; unfair competition claims such as noncompetition agreements, trade secrets, and orchestrated group departures; class actions relating to other employment-related matters such as employee benefits and biometric information claims; and litigation involving top-ranking executives.

David is the chair of Littler’s Pro Bono Committee. He publishes frequently and lectures on a variety of employment law topics. Previously, David served as a judicial law clerk for the Hon. Charles R. Norgle, Sr., in the U.S. District Court for the Northern District of Illinois.

The Art of Structuring Restrictive Covenants in Illinois

Heisenberg, Zeno, and the Department of Labor: A Problem with the Proposed FLSA Overtime Regulations

The Legal Pitfalls of Diversity Policies

The Fall-Out from Dukes v. Wal-Mart Stores, Inc. – the Extent to Which Subjective Decision-Making Processes Are Susceptible to Class Treatment and How Employers Can Minimize Their Risk

Agreements Between Employers Not to Hire Each Other’s Employees: When Are They Enforceable?

The Americans with Disabilities Act: Past, Present, and Future

NLRA Issues in a Non-Union Workforce

Keep Your Friends Close and Your Enemies Closer: the Case for Civility Between Counsel and a Novel Approach to Accomplishing That

Class Actions for Employment and Wage and Hour Claims

Diversity in the European Union

Religion, Disabled, & GLBT in the Workforce and Marketplace