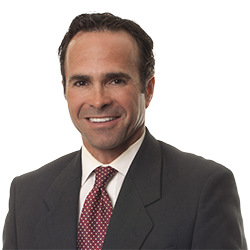 A skillful litigator with decades of experience, Craig Staub adeptly navigates the workplace challenges of his clients. His solutions-oriented approach has resulted in numerous trial and arbitration victories as well as summary judgments for companies in the retail, transportation, financial services, manufacturing, IT and security industries, among others.

Craig partners with clients by learning about their priorities and objectives and then devising strategies that achieve results. He has worked with many of his clients for a decade or more.

Examples of Craig’s successful representations on behalf of clients include the following:

In addition, Craig has successfully represented clients in numerous proceedings and administrative trials before the Equal Employment Opportunity Commission, the California Division of Labor Standards Enforcement and the California Department of Fair Employment and Housing.

While attending the University of California at Berkeley, Craig competed as a Division I track and field athlete in the pole vault.