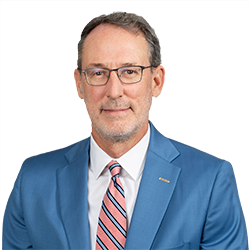 Bradley E. Strawn advises and represents employers in a broad range of employment law matters, including:

He also has significant experience dealing with the various federal and state agencies, including the Equal Employment Opportunity Commission, the National Labor Relations Board, and the U.S. Department of Labor.

In law school, Bradley was a member of the Moot Court Board and competed in the Robert F. Wagner, Jr. National Labor and Employment Law Moot Court competition.

Suders and the Expansion of the Ellerth and Faragher Affirmative Defenses

New Challenges in the Hiring Process

Navigating the Wage and Hour Minefield: While the Flood of Litigation Continues, the DOL Increases its Enforcement Activity

A Brand New (Work)Day? What the New Administration and Congress Likely Have in Store for Employers

How Do You Spell Retaliation?: A Look at the Ever Expanding World of Retaliation Claims

Now that I have found it, how do I fix it? Remedial Strategies for Wage and Hour Gaffes and Glitches

Proper Documentation in the Workplace