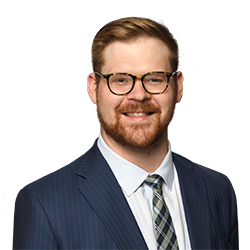 Brad Tobias advises clients in federal and state employment law matters, including issues related to the:

In addition to these areas, Brad counsels and represents management and individuals in protection of trade secrets and intellectual property, as well as noncompetition, nonsolicitation, defamation, and other business torts.

Prior to joining Littler, Brad was an employment and labor attorney at a national law firm, representing private and government contractor employers. Brad also practiced labor and employment law at a mid-sized regional firm. He has previously worked with the Office of Attorney General for the District of Columbia where he defended the District in employment law, civil rights, torts, and other civil cases in local and federal court. In law school, Brad wrote and published more than 200 articles for the blog Labor & Employment Law Essentials, which offered employers analyses of emerging labor and employment issues.

The OFCCP Continues to Crack Down on Pay Discrimination