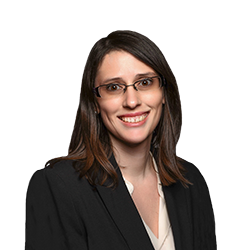 Prior to joining Littler, Angela was an attorney in the Litigation Unit for the Board of Education of the City of Chicago where she obtained multiple favorable trial results and handled all aspects of complex litigation in federal and state courts, including plaintiff and decision-maker depositions, settlement conferences and negotiations, dispositive motions, and discovery disputes. Angela also served as the primary attorney on appeals before the U.S. Court of Appeals for the Seventh Circuit and the Illinois Court of Appeals for the First District.

Additionally, Angela served as a judicial law clerk to the Hon. Janet Adams Brosnahan in the Circuit Court of Cook County, Law Division and she worked as a staff attorney at the Illinois Court of Appeals for the First District.

During law school, Angela served as a judicial extern for the Hon. Samuel Der-Yeghiayan in the U.S. District Court for the Northern District of Illinois and interned with the Chicago Transit Authority. She was a senior editor of the John Marshall Review of Intellectual Property Law, a teaching assistant for Legal Writing, Contracts, and Property Law, and she participated in two Moot Court Competitions.

Board member of the Creative Arts Committee, Young Lawyers’ Division, 2016-2018

I Like Cabernet And Merlot But I’m Not Drinking Bordeaux: Certified Confusion