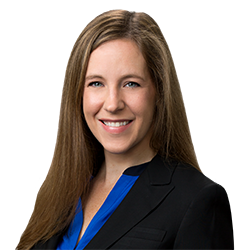 Allison C. Williams represents and advises employers on all matters of labor and employment law in state and federal court as well as in investigations and audits conducted by governmental agencies. Her practice focuses on class and collective action wage and hour disputes as well as single-plaintiff discrimination, harassment, and retaliation claims. Allison represents clients against claims including:

Before joining Littler, Allison interned with the Hon. Magistrate Judge Calvin Botley of the U.S. District Court, Southern District of Texas. After graduating from law school, she was a litigation associate at another national law firm in Texas where she represented state employers against Section 1983 claims, wrongful termination, failure to protect, failure to train, and negligent hiring claims. She also represented employers in various maritime disputes, including claims for maintenance and cure.

Case-by-Case Analysis for the Creative Professional Exemption Applies to All Journalists, Regardless of Employer Size

Navigating the ADA in the Time of COVID-19: A look at compliance during the pandemic

The #MeToo Movement: What we have learned and where we need to go

Employer Actions in a Post-Pandemic Climate

Effectively Navigating Employment Laws When Operating in Texas and California

Redefining Employment Relationships And Responsibilities In The Gig Economy