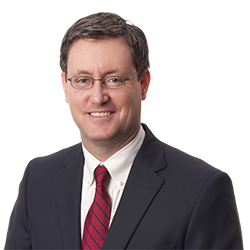 Allan H. Neighbors, IV is a competition and trade secrets lawyer. After spending the first twenty years of his career in courtrooms throughout Texas and the United States, Allan spends the majority of his time advising, counseling, and training employers on strategies and practices to protect confidential information and trade secrets, guard against unfair competition, and manage litigation risks. As an active member of Littler’s Unfair Competition and Trade Secrets Practice Group, Allan is a recognized resource and seasoned counselor in emerging state and federal laws covering restrictive covenants and trade secrets.

Allan is also a certified mediator for the State of Texas and he enjoys bringing that experience to the table to assist parties in resolving disputes involving restrictive covenants, trade secrets, and other business matters.

Prior to joining Littler more than 20 years ago, Allan served as judicial law clerk to the pioneering Hon. Mary Lou Robinson, U.S. District Judge for the Northern District of Texas.

Association of Builders and Contractors