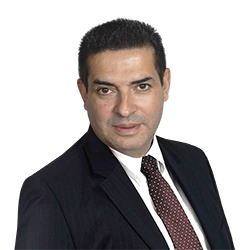 Ángel Herrera has been engaged in the counseling and representation of local and international companies in Honduras since 2015. He has assisted companies in labor, commercial, notary, civil, maritime and administrative matters, among others.

Ángel has assisted clients in the formation and incorporation of their companies, and has served as permanent counsel for both large and small local and international companies, banking institutions and insurance companies. He has been responsible for handling judicial and extrajudicial repossessions, in which he has served as mediator and dispute negotiator.

In his capacity as notary public, Ángel has authenticated a large number of public documents related to business and real estate.

Previously, Ángel served as a litigation attorney in civil, labor, commercial and criminal cases heard by local courts. Before that, he served as a military judge for 24 years.

He was nominated as Judge for the Supreme Court of Justice, COEHP, in January 2009.