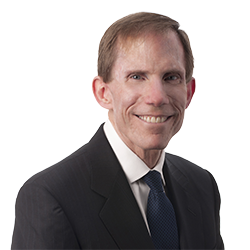 Rob has led Littler trial teams in a wide variety of different cases in federal and state courts, and before numerous administrative agencies. Those include complex class action lawsuits, as well as actions involving claims of gender, age, race and disability discrimination and sexual harassment. Rob has tried over two dozen federal and state court trials to verdict.

Rob has served as lead counsel in over 50 class action cases, including two that were successfully tried to complete defense verdicts. A number of these class actions have been nationwide in scope. He also works closely with companies to develop personnel policies intended to avoid litigation. He represents a wide range of employers, both unionized and non-union, and advises multi-employer associations in the automotive, trucking, delivery, construction, restaurant, baking and entertainment industries.

With widely-recognized knowledge in the field of labor relations, Rob has also represented clients in hundreds of union organizing drives, labor arbitrations and administrative hearings. He has served as lead spokesperson in over 200 sets of collective bargaining negotiations.

Rob has authored numerous articles and has contributed to books on union organizing, the National Labor Relations Act and class action practice. He has conducted seminars and training sessions for employers and industry groups around the country. He has spoken at the national and state conventions in various industries.

Rob has served as a chair of Littler's Associates Committee, and has played a lead role in the firm's attorney recruiting program for over three decades. In addition to his practice, Rob has owned or co-owned a number of retail businesses in Northern California since 1981.