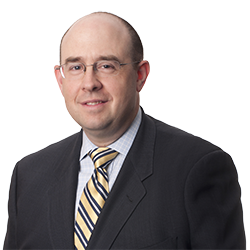 Rich Black is co-chair of Littler’s Class Action Practice Group, and has represented employers in some of the largest and most significant class and collective action employment lawsuits in the country for nearly 25 years. Rich’s experience handling class and collective matters spans the wage and hour, employment discrimination, and ERISA breach of fiduciary duty areas across the retail, technology, financial services, computer services, communications, energy, pharmaceutical, construction, hospitality, travel, and transportation industries.

Rich has specific knowledge and experience in issues relating to class/collective action certification and decertification under Federal Rule of Civil Procedure 23 and Section 216(b) of the Fair Labor Standards Act, the use of statistical analysis and "social science" expert testimony in single plaintiff, multiplaintiff and class action employment discrimination matters, and the enforcement of class and collective action waivers and arbitration agreements. Rich has also briefed appellate issues relating to, among other things, class certification and breach of fiduciary duty issues, including before the United States Supreme Court.

In addition to representing employers in class and/or collective action litigation and other complex employment litigation, Rich regularly appears in state and federal courts, and before federal and state government agencies, including the Department of Labor and Equal Employment Opportunity Commission, in single plaintiff and multiplaintiff matters related to:

Rich’s practice also focuses on advising employers with respect to compliance measures that reduce wage and hour disputes and other employment-related issues.

While attending the University of Iowa College of Law, Rich served as managing editor of the Iowa Law Review.