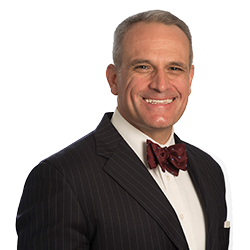 Matthew J. Hank defends employers in, and counsels employers concerning, wage-and-hour class actions, discrimination and harassment cases, and actions regarding trade secrets and covenants not to compete. He approaches each matter with the judgment formed by over 16 years of employment practice and with the discipline he honed as both a lawyer and an Army officer.

Representative cases include these:

Matthew has counseled employers on how to:

Previously, Matthew served as a law clerk for the Hon. Daniel Manion, U.S. Court of Appeals for the Seventh Circuit, and for the Hon. Paul V. Gadola, U.S. District Court for the Eastern District of Michigan.

New Pennsylvania Law Clarifies the Use of Payroll Debit Cards

Baker’s Trade Secret Lawsuit Does Not Lead to ‘Sweet’ Dreams

Littler Mendelson Announces the Promotion of 14 Associates to Shareholders

Preparing the Groundwork to Enforce Non-Competes

Age Discrimination: Understanding the Basics, Complying with the Law, and Knowing What To Do When You’ve Been Sued

Employee or Not? Independent Contractors and Interns

Who's an Employee? Independent Contractors, Interns, Volunteers, and Intra-Corporate Transfers

Post-Employment Restrictions and Protection of Trade Secrets in the New Economy: What You Need to Know

GINA: Everything You Wanted to Know But Were Afraid to Ask