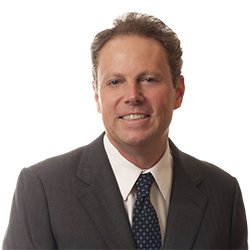 Mark Ogden has litigated nearly 600 employment lawsuits to conclusion, mostly in federal court, and has litigated 27 jury trials to verdict. Among his notable litigation successes are cases involving:

In addition to his litigation practice, Mark provides employment training to employers of all sizes and regularly speaks on a variety of topics before a wide range of professional organizations. He is consistently recognized in  Best Lawyers in America©. He serves as a member of the firm’s Employment Practices Liability Committee. He is a former member of the firm’s Board of Directors and a former co-chair of the Complex Litigation and Trials Practice Group.

Prior to joining Littler in 1998, Mark was a trial attorney at the Department of Labor and a special assistant United States attorney in Los Angeles, representing the federal government in the litigation of employment cases.

5 Questions About Employer Law and the Stimulus

Prepare Now for the Newly Amended Americans with Disabilities Act

Protect Intellectual Property with Employee Agreements – But Be Sure They're Enforceable

When Diversifying Your Workforce, Be Sure to Play by the Rules

Workplace Compliance Training – It Isn't Required; It Is Recommended

To Settle ... Or Not to Settle? Litigation Specialists Weigh Costs, Risks of Taking Clients' Cases to Court

EEOC Cracks Down On Hiring Practices

Watch out for the Many Legal Pitfalls of Affinity Groups

Watch Out for the Many Legal Pitfalls of Affinity Groups

Reporting for Duty (Employers' Obligations for Returning Soldiers under USERRA)

J. Mark Ogden Showcases the Appeal of Littler as a Boutique Firm

When Johnny Comes Marching Home, Give Him Back His Job. It's the Law

The EEOC Turns 40, Suggestions for Change

Mark Ogden Discusses How the Use of Methamphetamines Has Become More of an Issue for Clients, Especially in the Form of Employee Theft

J. Mark Ogden Cautions Firms of the Impact of Domestic Violence in the Workplace

Religious Diversity at Work a Fine Line for Managers

Mark Ogden: Active In and Out of the Courtroom

The Last Supper (Serrano's Trial Victory Over the EEOC)

The Punishment: EEOC Has Expanded the Scope of Liability for Harassment in the Workplace

Employment Law Uncovered: The ADA May Not Protect Employees Who Were Addicted to Drugs or Alcohol

Managing Litigation as a Business: Aligning Value and Costs of Litigation Services