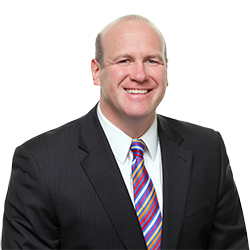 James M. Witz is a trial lawyer who has experience with a wide range of employment issues. He is widely recognized for his knowledge in the area of non-competition and trade secret disputes, and cases involving emergency and injunctive relief. He is the co-chair of the firm's Unfair Competition and Trade Secret Practice.

Jim has obtained multiple seven figure trial verdicts in high-profile trade secret and restrictive covenant cases in courts around the United States. Jim successfully argued a trade secret matter before a Florida state court jury receiving a total judgment of approximately $2.4 million. In addition, he secured a $1.9 million verdict after a bench trial before the U.S. District Court for the Northern District of Illinois. In addition, in 2015, after a one week jury trial, Jim obtained a $2.1 million verdict in Minnesota state court on behalf of his client, one of the largest verdicts ever awarded in a restrictive covenant matter in that state, as well as an award of attorneys’ fees. The case was settled prior to appeal with payment of the judgment in full as well as substantial attorneys’ fees.

Jim has argued restrictive covenant and trade secret matters before the nation’s higher courts as well, obtaining rulings that have been frequently cited in subsequent opinions. Jim successfully convinced the 5th Circuit Court of Appeals that a Texas district court had misapplied applicable Texas trade secret law as well as the federal standard for injunctive relief and obtained an order reversing the District Court’s denial of a preliminary injunction.

Jim’s clients have included some of the nation’s largest and most successful companies, as well as smaller businesses and start-ups in a variety of industries, including insurance brokerage, data and advertising, printing, professional services and consulting, staffing and recruiting, large equipment manufacturing, medical devices and technology, software and food service and ingredients.

Furthermore, Jim counsels clients throughout the country regarding employee hiring, termination and related matters, including the drafting and implementation of effective employment agreements, confidentiality policies and restrictive covenants. He has led internal investigations of senior employees for multiple clients.

Jim is a frequent speaker on restrictive covenant and trade secret matters, and has authored or contributed commentary on such matters for leading legal publications.

FTC Proposes a Ban on Noncompetes in Employment Contracts

6 Things Cos. Should Do Following FTC Noncompete Proposal

The Trend Continues: Illinois Imposes Additional Prerequisites and Restrictions on Employers’ Use of Restrictive Covenants

What Employers Should Know About New Ill. Noncompete Law

The importance of computer forensics in trade-secret litigation

Safeguarding The Secrets of Your Success: Latest Developments in Trade Secret and Non-Competition Law