U.S. Supreme Court Tackles Rule 68 Offers of Judgment Made to a Lead Plaintiff in an FLSA Collective Action 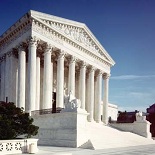 Last week, a divided U.S. Supreme Court ruled in Genesis HealthCare Corporation v. Symczyk, that if the Fair Labor Standards Act (FLSA) claim of a lead plaintiff in an FLSA collective action becomes moot before anyone else opts in, the mere presence of collective action allegations in the complaint is not sufficient to make the FLSA claim justiciable, and the FLSA claim should be dismissed for lack of subject matter jurisdiction.

Laura Symczyk was employed as a registered nurse by Genesis Healthcare Corp. in Philadelphia for eight months during 2007. Two years after she left, Symczyk filed a collective action against Genesis in federal district court, claiming Genesis had violated the FLSA by automatically deducting 30 minutes of time per shift for meal breaks, during which she claimed compensable work had been performed. Symczyk asserted her claims on behalf of herself and all employees similarly situated, seeking back pay, liquidated damages and attorney's fees. When it answered the complaint, Genesis served Symczyk with an offer of judgment under Federal Rule of Civil Procedure 68, offering her $7,500 for alleged unpaid wages, plus attorney's fees, costs, and expenses as determined by the court. Under Rule 68, a plaintiff who rejects an offer of judgment and then secures less at trial is liable for post-offer costs (such as expert witness fees, mileage fees to subpoenaed witnesses, court filing fees, and costs for transcripts and photocopying). Symczyk did not accept Genesis' offer of judgment, and it expired.

Genesis then moved to dismiss for lack of subject matter jurisdiction, arguing that because it had offered Symczyk complete relief on her individual claim for damages, she no longer possessed a personal stake in the outcome of the suit, rendering it moot. Symczyk did not dispute that Genesis had offered her full relief, but instead argued that courts disfavor attempts to "pick off" a plaintiff before ruling on a motion for conditional certification. Symczyk relied on Weiss v. Regal Collections, 385 F.3d 337, 340 (3d Cir. 2004) in which the Third Circuit rejected the defendant's attempt to dismiss a Rule 23 class action by making an offer of judgment before the class certification motion was decided. The Weiss court allowed the plaintiff to file a class certification motion, which would vest him with the procedural right to act on behalf of the class, despite the prior Rule 68 offer, relying on the "relation back" doctrine. This doctrine allows a court to retain jurisdiction over a dispute considered so transitory that it may become moot and evade review before a court reaches the merits. Evidently to advance this argument based on Weiss, Symczyk filed an amended complaint adding a state law claim and seeking class action status under Rule 23.

In ruling on Genesis's motion to dismiss, the district court considered the federal court precedents on the issue and found they could be harmonized to support the conclusion that a Rule 68 offer of judgment can moot an FLSA collective action where, as here: (1) the motion for conditional certification had not yet been filed, (2) no others had opted in, and (3) there was no dispute that the Rule 68 offer of judgment satisfied Symczyk's claims. The district court ruled that the Rule 68 offer of judgment mooted the collective action, which should be dismissed for lack of subject matter jurisdiction. The district court dismissed Symczyk's FLSA claim, and after Symczyk conceded that the court lacked supplemental jurisdiction over her state law Rule 23 claim, that claim was remanded to state court.

On further appeal, Justice Thomas, writing for a divided (5-4) Supreme Court, reversed the Third Circuit. As an initial matter, the Supreme Court declined to reach the argument made by Symczyk that her claim was not moot because she never accepted the offer of judgment (and never received the money offered). The Court reasoned that even though there was a Circuit split on whether an unaccepted offer of judgment could moot a plaintiff's claim, Symczyk had waived the issue in the lower courts. The Court assumed, without deciding, that Symczyk's claim was moot, and then turned to whether the FLSA action remained justiciable based on Symczyk's collective action allegations. The Court held that a straightforward application of mootness principles compels the answer that absent anyone else opting in, the suit became moot when Symczyk's individual claim became moot. In so ruling, the Court rejected Symczyk's reliance on Rule 23 cases. The Court explained that a grant of conditional certification in an FLSA collective action only triggers sending notice to putative collective action members who must then file consents to opt in to the action. It "does not produce a class with an independent legal status, or join additional parties to the action" as does a Rule 23 class certification. The Court also rejected the Third Circuit's reliance on the relation back doctrine, noting this doctrine applies to save from dismissal, on mootness grounds, cases involving transitory conduct that may otherwise evade court review. The Court explained this case sought damages, not injunctive relief, and could not evade review, as Symczyk's being made whole by an offer of judgment only foreclosed the putative collective action members from pursing their claims in Symczyk' s case, not in their own cases.

In a vigorous dissent, Justice Kagan argued that even though Symczyk had waived the issue in the lower courts, the Supreme Court should have decided whether an unaccepted offer of judgment could moot a claim because otherwise the Court's decision was so narrow as to be of little utility. Justice Kagan argued that an unaccepted Rule 68 offer of judgment should not moot a claim because Rule 68 does not provide for that and because the offer of judgment on Symczyk's individual claim did not give Symczyk all that she had requested in the complaint because it did not address her collective action allegations.

To assess the utility of this decision in any given case, at least the following factors should be considered: