Reorganization Requires Effects Bargaining Prior to Merger and Withdrawal of Recognition 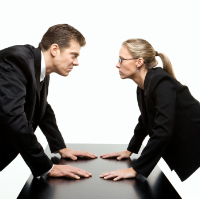 As Craig Becker’s recess appointment to the NLRB lapsed in early January of this year, the NLRB issued several decisions. Among them was a case demonstrating the importance of engaging in “effects bargaining” related to a reorganization of operations. In Naperville Jeep/Dodge, 357 NLRB No. 183, a three-member panel of the Board ruled that the company failed to engage in proper “effects” bargaining when it closed an automobile dealership employing six mechanics represented by the Machinists Union.

The employer operated two dealerships that it was required to consolidate as a result of Chrysler’s bankruptcy. The employer closed one dealership and offered the six displaced union mechanics jobs at the other dealership, where it employed 14 unrepresented mechanics. There was no dispute that the employer did not bargain over the effects of the closure of the union facility. The employer proceeded on the assumption that by merging the smaller union group into the larger nonunion group, its bargaining obligations would be extinguished.

Not so fast, said the panel majority. The employer was not entitled to effect a merger of the two employee groups without first bargaining over the effects of that merger on the represented employees. The employer argued that the former union employees no longer constituted an appropriate unit, because the unit lost its separate identity, leaving the company free to withdraw recognition from the union. The NLRB ruled, however, that the employer’s failure to bargain precluded it from withdrawing recognition. The Board majority said the effects bargaining obligation included a requirement that the employer bargain over subjects such as the compensation and benefits under which the represented employees would be rehired at the nonunion location. Having failed to bargain over these subjects, the resulting unremedied unfair labor practices precluded a withdrawal of recognition following the merger of the two groups.

As a remedy, the Board issued an affirmative bargaining order, foreclosing any challenge to the union’s status as representative of the six union employees for a “reasonable” period of time. Presumably the NLRB would not require the employer to go so far as to enter into a “members only” contract covering the six workers, as under current law such agreements are treated as unlawful discrimination on the basis of union membership. The case does, however, point out the hazards confronting employers facing an urgent need to implement reorganization plans. In such cases, the employer must still take care to fulfill its effects bargaining obligations, including discussing the terms upon which employees may be offered work elsewhere.