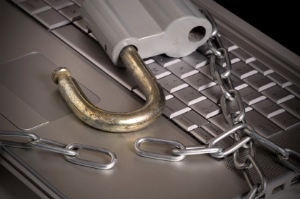 Although law firm departures can be bitter, they rarely result in litigation.  Following closely on the heels of a recent Texas case by a law firm against its former office manager, a Pennsylvania firm has sued one of its former shareholders, two of its former clients, and the departing shareholder’s new firm contending that all were involved in a scheme to misappropriate information and divert business.  Although the complaint [pdf] contains allegations that are in some ways typical of unfair competition lawsuits, it also turns the spotlight on cloud computing as a tool for alleged misappropriation.

Elliott Greenleaf & Siedzikowski P.C. (EGS) is a Pennsylvania law firm.  On January 31, 2012, a director, officer, and managing shareholder of the firm, resigned to go to another law firm.  After his resignation, according to the lawsuit, EGS discovered that the former shareholder transferred over 45 GB of the firm’s files from its computer system to an internet site (i.e., a cloud).  To transfer the data, EGS alleges, he installed Dropbox software on firm computers in his office.  This software allowed him to transfer files from the firm’s computers to the cloud, where only he and two associates (who also resigned from EGS to join his new firm) could access it.  Additionally, EGS claims that he deleted data stored on the firm’s backup tapes.

Further, even following his resignation, EGS contends that the former shareholder, who owns the building in which the EGS office was located, would not allow EGS to have access to the firm computers on which he allegedly installed the Dropbox software.  According to the lawsuit, the software continues to access the EGS computers and alter the data on those computers.

The lawsuit contains claims for violations of the Computer Fraud and Abuse Act, the Pennsylvania Uniform Trade Secrets Act, conversion, breach of fiduciary duty, unfair competition, tortious interference, and civil conspiracy.  EGS also filed a motion seeking immediate injunctive relief including the removal of the Dropbox software and the production of computers and electronic storage devices for forensic imaging. Law firm departures are common.  Just as common is a client’s request to have files (paper and electronic) transferred to an attorney’s new firm.  In this case, EGS contends that its own files were transferred without the firm’s permission.  The focus of the immediate injunctive relief is upon the return of information, analysis of the digital media, and a halt to the transfer of EGS files to a cloud site.  In the event that the case proceeds beyond this phase, the fight may turn, as it often does, to whether the information and files taken were actually protected as trade secrets.  Because the complaint does not describe the actual contents of the files allegedly taken, it remains to be seen whether a court will determine that they are actually trade secrets under Pennsylvania law.