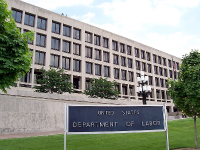 Confusion continues to reign regarding when hospitals and healthcare providers must comply with the affirmative action requirements applicable to government contractors. Indeed, even the one issue that appeared to be settled last year by Congressional action may remain a subject of controversy.

As previously reported in this blog, under the Obama administration, the Office of Federal Contract Compliance Programs (OFCCP), the federal agency responsible for enforcing the affirmative action requirements that apply to government  contractors,  has sought to expand its jurisdiction over hospitals and healthcare systems in several ways.

First, OFCCP has argued that participants in the TRICARE program are covered federal contractors subject to OFCCP’s rules and enforcement authority. TRICARE is the Department of Defense’s program that pays for the medical benefits of active duty and retired military personnel and their families through contracts with large insurers or HMOs.

Second, OFCCP has sought to pull back from its position, stated in a 2003 directive, that hospitals and medical providers receiving insurance reimbursement through Medicare or Medicaid or under the Federal Employees Health Benefit Program (FEHBP) are not subcontractors. In 2009 OFCCP sought to audit the University of Pittsburgh Medical Center Braddock (UPMC) based on its participation in an HMO under the FEHBP. OFCCP argued that the HMO, unlike a healthcare insurer, is contracting with the federal Office of Personnel Management  to provide actual medical services. Thus, according to OFCCP, hospitals and medical providers that perform medical services as part of an FEHBP HMO are federal subcontractors on the direct contract to provide medical services and therefore required to comply with federal affirmative action regulations. An administrative law judge agreed with OFCCP. The hospital has objected to the decision and the issue is currently on appeal in the U.S. District Court for the District of Columbia, leaving the contractor status of some health care providers in doubt.

In the meantime, OFCCP withdrew its 2003 directive and, in December 2010, issued a new directive outlining its positions regarding jurisdiction over health care providers and insurers. In addition to affirming the agency’s commitment to the arguments asserted in the UPMC case, the new directive argues that OFCCP:

It has long been established that providers receiving Medicare Part A or B, or Medicaid reimbursements are not federal contractors and there had never been any indication that other Medicare programs would be treated differently.

Finally, OFCCP appears to be more aggressively searching contractor databases to identify hospitals or providers that may have directly entered into federal contracts such as research contracts (as opposed to grants) or agreements to provide services to federal prisons.

As a result of these OFCCP initiatives, many healthcare providers have been surprised over the past few years to receive notices from OFCCP asserting that OFCCP has jurisdiction over the provider as a federal contractor and intends to conduct an audit of the provider’s compliance with federal affirmative action requirements. In response to these notices, some providers have simply accepted OFCCP’s assertions at face value, permitting OFCCP to proceed with its audit, agreeing to implement affirmative action programs, and sometimes agreeing to other remedial actions. Other providers have responded to audit requests by asking OFCCP for the basis upon which it was asserting jurisdiction. Until late last year, OFCCP’s typical response to this request was that its jurisdiction was triggered by TRICARE participation. Some of these providers then objected to OFCCP jurisdiction, arguing that TRICARE participation did not make a provider a covered federal contractor.

OFCCP filed an administrative complaint challenging the position taken by one of these healthcare providers, Florida Hospital of Orlando. In October 2010, an Administrative Law Judge issued an opinion finding that, because of its participation in TRICARE, the hospital is a government subcontractor subject to the jurisdiction of OFCCP and its affirmative action and nondiscrimination regulations. The hospital appealed the ruling. In the meantime, many TRICARE providers that had been scheduled for audits remain in a kind of limbo, with OFCCP neither pursuing nor closing its audits, apparently because the agency was waiting for the issues to be resolved in the Florida Hospital proceedings.

Then, late last year, healthcare employers finally were provided some clarity on this issue, as reported in our December 21, 2011 blog. Congress included language in the National Defense Authorization Act (NDAA) for Fiscal Year 2012 explicitly providing that healthcare providers participating in the TRICARE program are not subject to OFCCP jurisdiction merely because of that participation. This legislation seemed to clearly bring the TRICARE issue to a final resolution. Nevertheless, OFCCP did not appear to be closing the TRICARE- based audits that were scheduled prior to the legislation leading to speculation that before dismissing any of these audits, OFCCP intended to consider whether it could assert any other bases for retaining jurisdiction.

OFCCP’s announcement of a webinar to be held on March 27 on the “Status of Pending Compliance Evaluations of Entities that Participate in TRICARE Networks,” confirms that, in fact, the agency has been contemplating alternative bases for jurisdiction. However, surprisingly, this announcement also appears to indicate that OFCCP has not yet given up on TRICARE as a basis for jurisdiction, but instead plans to continue litigating the issue in the Florida Hospital case in spite of the Congressional action to resolve that issue. The  OFCCP’s announcement of the webinar states that:

[b]ecause the NDAA does not address OFCCP coverage unrelated to TRICARE, the webinar will explain how OFCCP is moving forward with compliance evaluations of entities that participate in TRICARE and also hold another federal contract or subcontract. The webinar also will explain how OFCCP is putting compliance evaluations of those entities for which a TRICARE subcontract is the only basis of jurisdiction “on hold,” in light of the fact that this issue is currently being litigated in the Florida Hospital case. (emphasis added).

We will continue to follow this issue closely and will post more on this topic, with additional suggestions for providers, immediately after the webinar.

In the interim, providers with pending inactive audits who either: (1) are not certain as to why OFCCP believes it has jurisdiction; or (2) understand that the audit was originally based on the provider’s TRICARE participation, may want to do nothing pending further OFCCP activity. However, should OFCCP resume audit activity (or if the audit is currently active), the provider should consider inquiring as to the agency’s asserted basis for jurisdiction and, depending on the answer, may choose to assert objections. Providers facing this decision should consult legal counsel, however, rather than simply refusing to cooperate with OFCCP. Litigation with OFCCP can be expensive and should not be pursued lightly without considering the costs involved and the potential risks should it turn out the agency does have jurisdiction.

Entities that have already entered into agreements with OFCCP to implement affirmative action programs based solely on OFCCP’s claim of jurisdiction arising out of TRICARE participation may want to review those arrangements to determine whether they remain binding.

Providers who receive notices from OFCCP regarding the scheduling of new audits should ask the agency to provide the basis for its jurisdiction if that is not clear to the provider. In situations where OFCCP recognizes that it has been clearly wrong in its initial assertion of jurisdiction, it has agreed to close the audit when the employer raised the objection. If OFCCP has correctly asserted jurisdiction, about which a provider had been unaware, the provider may be able to negotiate with OFCCP regarding a plan for coming into compliance.

In conclusion, there is enough continuing confusion relating to OFCCP’s assertions of jurisdiction over hospitals to warrant careful attention to this issue.  Hospitals and healthcare systems should assess their contractual arrangements to determine whether they have federal contract compliance obligations.  If they do, they should, of course take appropriate steps to comply with those requirements.  Where, however, a hospital believes that is does not have any such contractual arrangements, it should be careful to preserve its objections to unsupported claims of OFCCP jurisdiction.