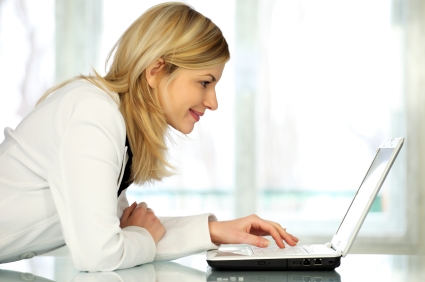 It’s a recurrent nightmare for many companies—that gung-ho salesperson you hired, trained, and developed, now that she’s profitable, has established customer relationships, and knows your trade secrets—bolts to work for a competitor or to open her own competitive business, using your customer list and proprietary information.

How do you protect your business from this frustration?  No doubt you try by requiring your employees to sign a restrictive covenant and non-competition agreement.  But increasingly courts are reluctant to enforce such agreements, elevating (no pun intended, as you’ll see below) the allegedly devastating effects on the salesperson’s ability to make a living over the business’ rights to enforce its contracts.

A case in point arose in Maryland, where a court struggled to balance the rights of a company to protect itself from the unsavory tactics of a former salesperson whose veracity was so questionable that the court outright rejected as wholly implausible his contention that his signature on the non-compete agreement was forged.

The plaintiff—a salesperson—had been in the elevator business, working for three elevator companies over a ten year period, when Delaware Elevator hired him as a “branch sales manager” to build its business in the Delaware region.  Delaware Elevator’s non-compete agreement precluded him from competing for three years within a radius of 100 miles of any Delaware Elevator office (and there were several).  In addition, the Agreement prohibited him from soliciting orders for similar services from any client or customer, or any party which Delaware was actively soliciting during the six months before his departure.

After growing Delaware Elevator’s business, generating between $6 and 20 million in revenue over six years, the plaintiff departed to start his own competing elevator company in the same geographical area.  He even began to compete before giving his resignation by diverting elevator opportunities that came to his employer to his own competing company.  Rubbing salt in the wound, he took Delaware’s customer list to help him launch his competing enterprise.

The plaintiff was unable to hire an attorney and ended up representing himself.  Apparently, lack of counsel did not hurt him much, because in Delaware Elevator v. Williams (pdf), the Maryland court was sympathetic to his plight—a family man trying to make his way in the business world, using the knowledge and experience gained over 16 years in the elevator industry, and choosing to run his own business rather than squabble with a past employer.  Enforcing his employer’s restrictive covenant banning him from competing within a 100 mile radius—encompassing 31,000 square miles from New York city south to Washington, D.C. and all of Delaware, most of New Jersey and Baltimore, Maryland and much of Pennsylvania—for three years was simply more than the court could swallow.

The court was sufficiently offended by what it viewed as the overbreadth of this non-compete agreement that it sought to invalidate the contract in its entirety as a means of encouraging businesses to draft reasonable restrictive covenants.  The court noted that saving unreasonable contracts “puts the employer in a no-lose position” because by overreaching it will chill competition with the downside risk being only that a court-imposed modification of the agreement.  Only if the entire agreement were invalidated, and the employee allowed to compete unfettered, would such businesses learn to make their agreements more reasonable.  But Maryland law tied the court’s hands, requiring it to “blue pencil” a more reasonable covenant into the parties’ agreement rather than strike it down entirely.  So the court rewrote the agreement to restrict plaintiff from competing for two rather than three years, and also reduced the radius of that competition down from 100 miles to only 30. A significant slap on plaintiff's hand, but not the devastating blow the original contract would have been to his career.

As to Delaware Elevator’s customer list, the court struck a balance there too.  Former employees always contend that the names of their former employer’s customers could be found in publicly available sources, and thus argue that taking a customer list is not trade secret misappropriation.  However, the court recognized that this customer list not only provided customers’ contact information, but also detailed their purchase history: the type of elevator purchased, the price, the anticipated commission, and the contact information for contractors used on each job.  Recognizing that this information is not readily ascertainable and quite valuable to a competitor, the court ordered the plaintiff to destroy the list.  He could still accept business from customers on Delaware’s list, but he must do so “based on his own knowledge.”  Exactly how either party would ascertain whether the plaintiff complied with this restriction was not discussed.

This action emphasizes the difficulties in enforcing restrictive covenants. In some states—like California—non-compete agreements are wholly unenforceable, in others covenants viewed by the court as unreasonable will be thrown out entirely, and in some states your business will be at the mercy of a judge who will decide how to rewrite your agreement.

The best defense is a carefully crafted agreement as well as good management of employees most at risk of using your valuable trade secrets to your competitive disadvantage.  Do not assume that your contract will be enforced, or even modified, without legal advice.  Further, consider methods of limiting access to sensitive information to those who truly need it, monitor computer usage consistent with employees’ privacy rights to find those who are already competing with you or planning on doing so, and train your managers and sales force to understand that information developed or obtained under your employ belongs to the company, not to them individually.