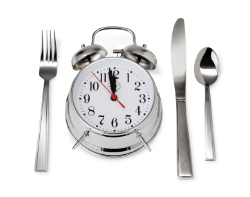 The California Supreme Court’s much-anticipated decision regarding how employers are supposed to manage meal periods and rest breaks is finally here! The unanimous decision in Brinker Restaurant Corporation v. Superior Court was issued today, and it is largely a win for California employers. Littler will sponsor webinars providing a detailed analysis of the decision on April 17, 2012, from 10 to 11 a.m. PST, and on April 26 from 10 to 11 a.m. PST. In the meantime, here are the highlights.

Duty to Relieve Employees of Duty

The California Supreme Court held that an employer must relieve employees of all duty during their meal period, with the employee thereafter at liberty to use the meal period for his or her own purpose. Importantly, the court rejected the plaintiffs' argument that the California Wage Order requires employers to ensure that no work is done during an employee’s meal period. If an employee continues to work after the employer relinquishes control, the employer will be liable for straight pay only when it knew or reasonably should have known that the worker was working through the authorized meal period. The court thus clarified that premium pay (an extra one hour’s wage) is not owed when the employer relinquishes control and the employee nevertheless continues to work.

In terms of the timing of rest breaks, the court sided with Brinker, holding that employers are “subject to a duty to make a good faith effort to authorize and permit rest breaks in the middle of each work period, but may deviate from that preferred course where practical considerations render it infeasible.” The court rejected the plaintiffs' contention that the rest period must in all situations be provided before the meal period.

As a result, under certain circumstances class claims of meal and rest break violations may be certifiable. However, because it is now clear that employers must only make an off-duty meal period available and must simply authorize and permit rest breaks, meal period and rest breaks claims should be much more difficult to certify because of the individualized questions of fact those claims raise, assuming that the employer has legally compliant policies.

Importantly, the California Supreme Court did not address whether its decision should be applied on a prospective basis only, apparently leaving the argument open for parties to litigate in their individual cases. Employers should therefore immediately review their meal period and rest break policies and make any modifications necessary to reflect the Brinker court’s rulings today, and train their employees about the meal period and rest break policies as soon as possible.